If we achieve the latter then we would have covered 560km today. Started the journey this morning with the knowledge we would have to do a lot of miles by the end of the day if we were to have a relaxing day tomorrow, travelling to our final destination of Ahmedabad.

The day started pleasantly, I was driving and the first challenge of the day was to cross a narrow bridge across a pretty river setting – why? Just because it was a bit of a challenge. A bigger challenge would have been to cross the bridge in reverse gear. 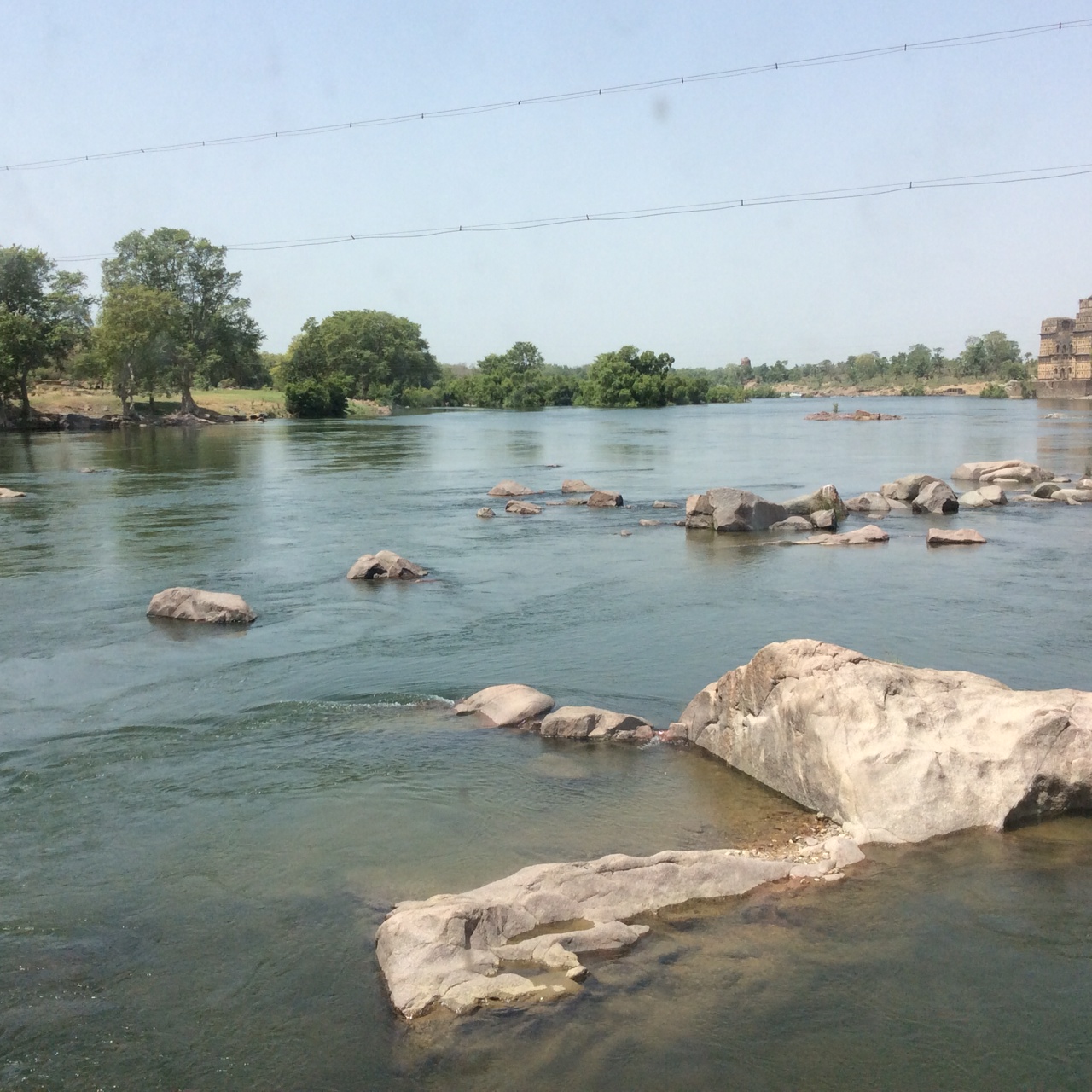 A very pleasant river setting, near where we stayed the night in Orchha. 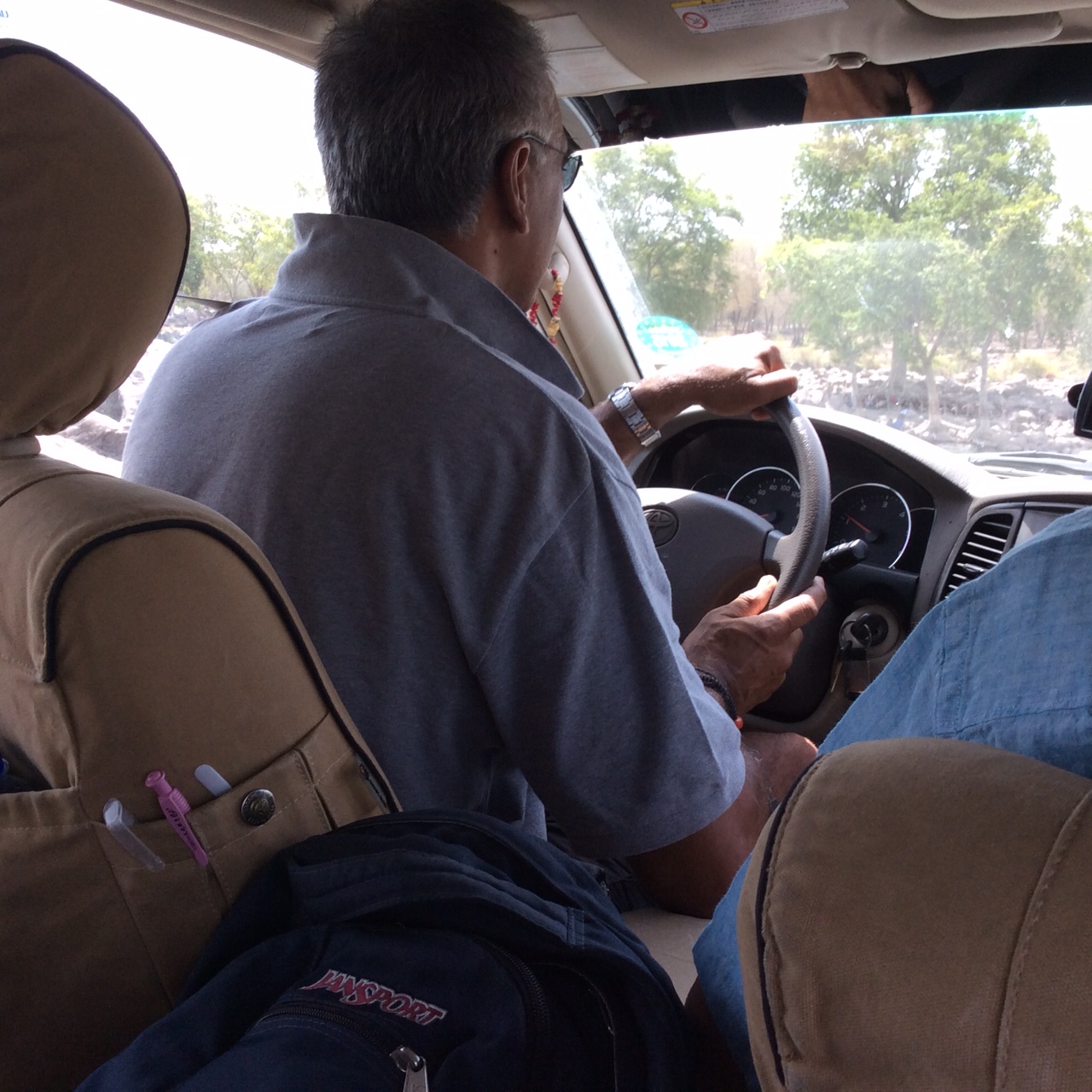 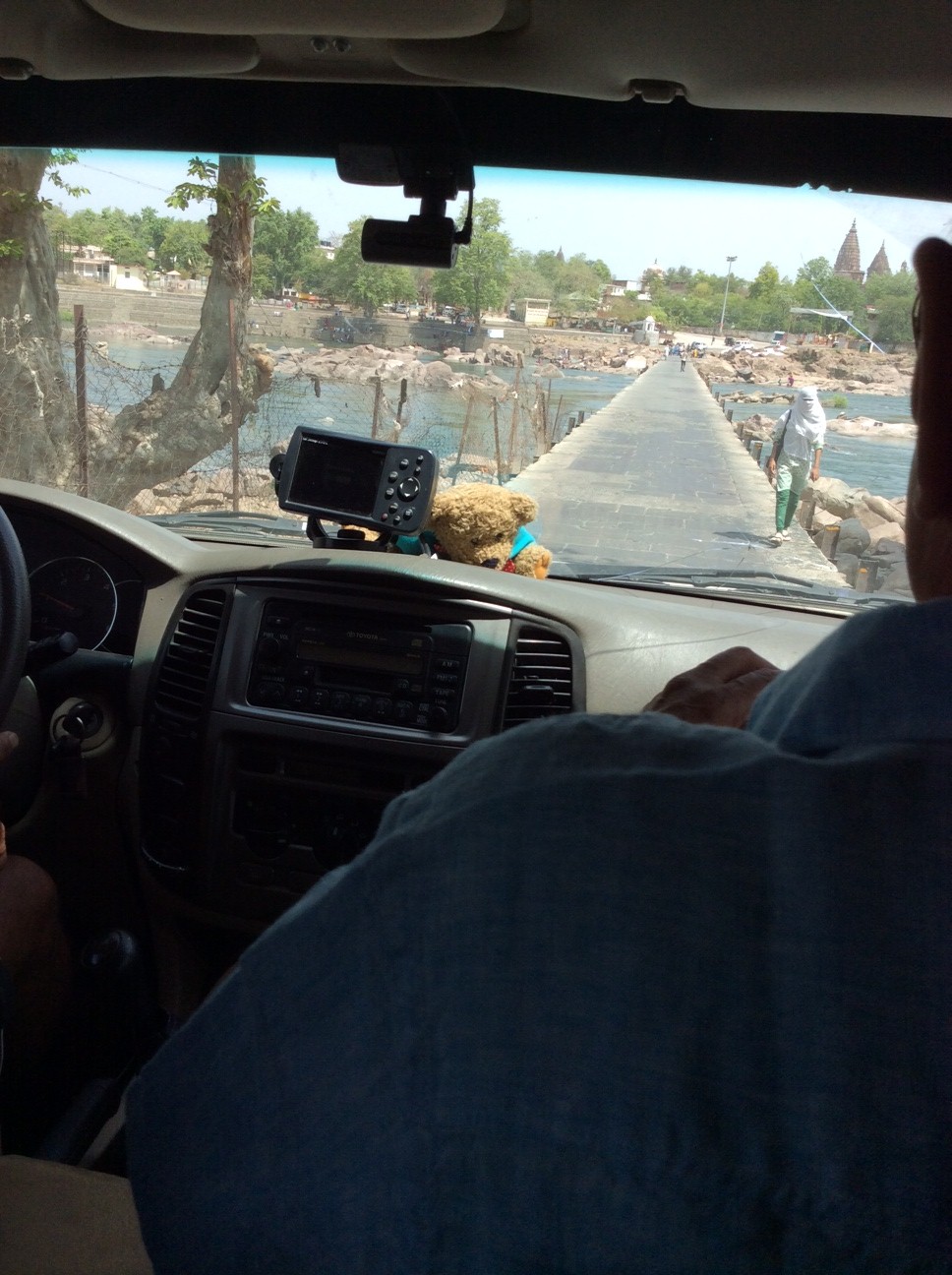 Me at the wheels, crossing the narrow bridge – great experience, wonder how I would have coped if the river was swollen form the monsoon rains. 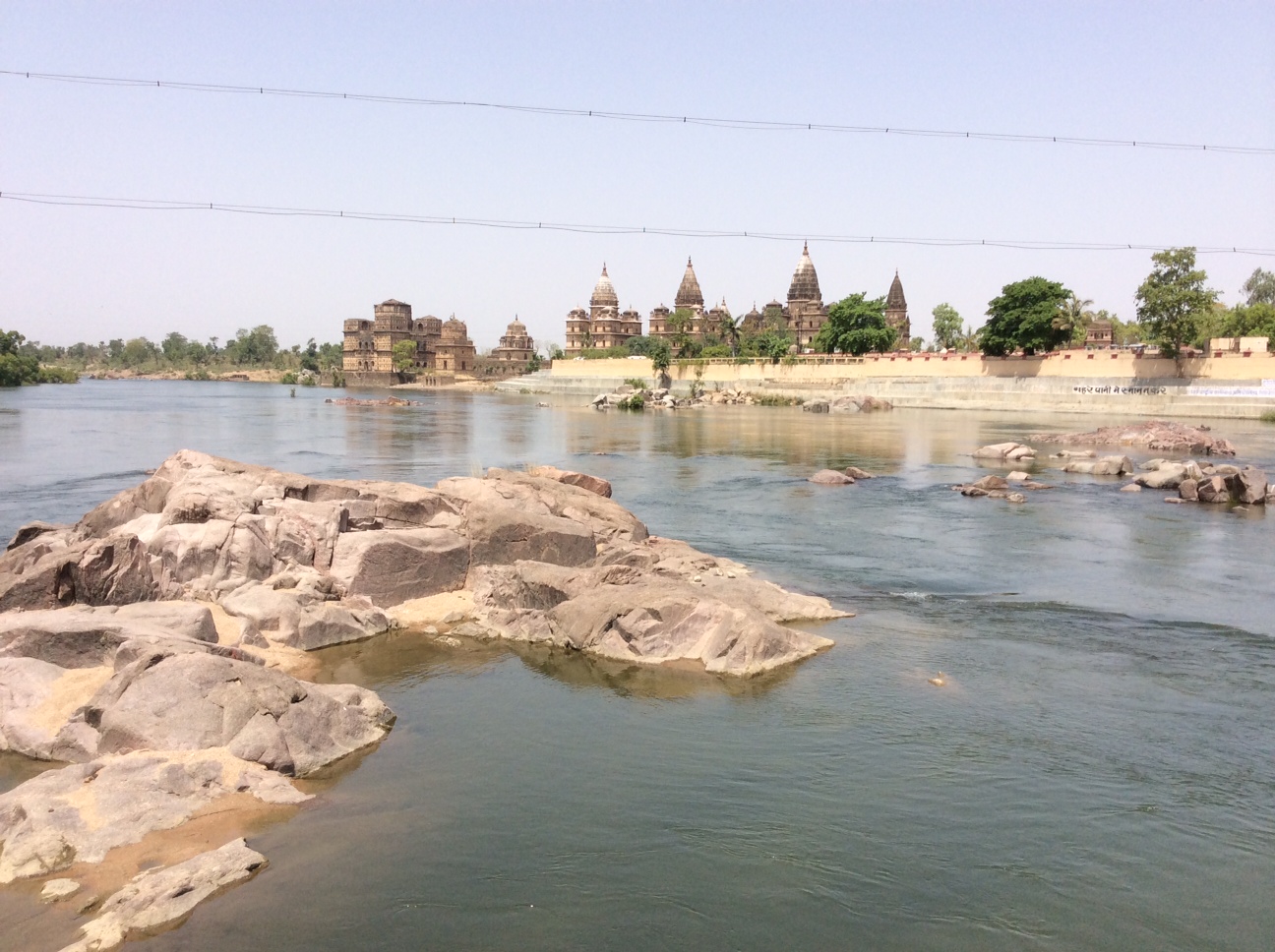 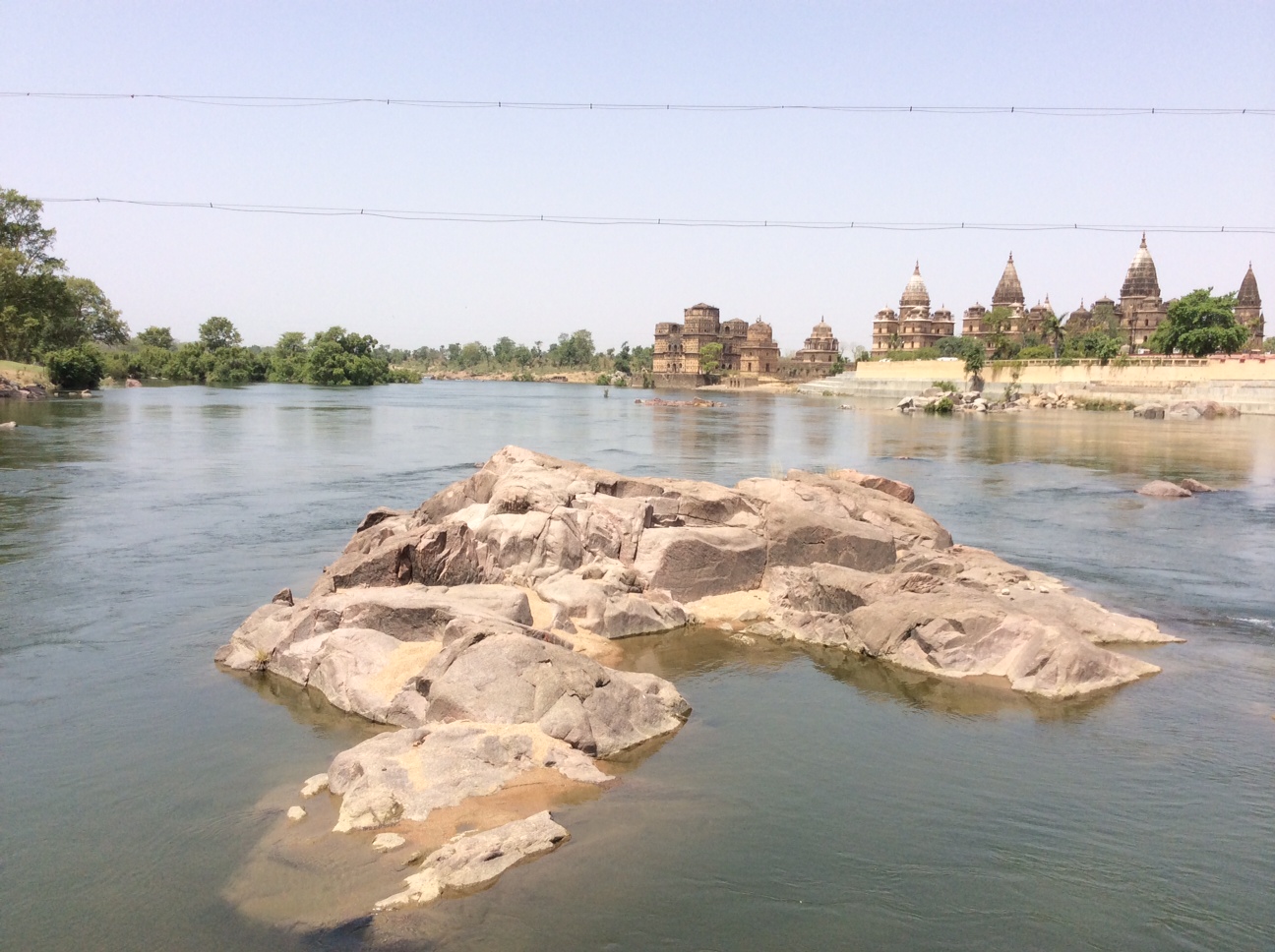 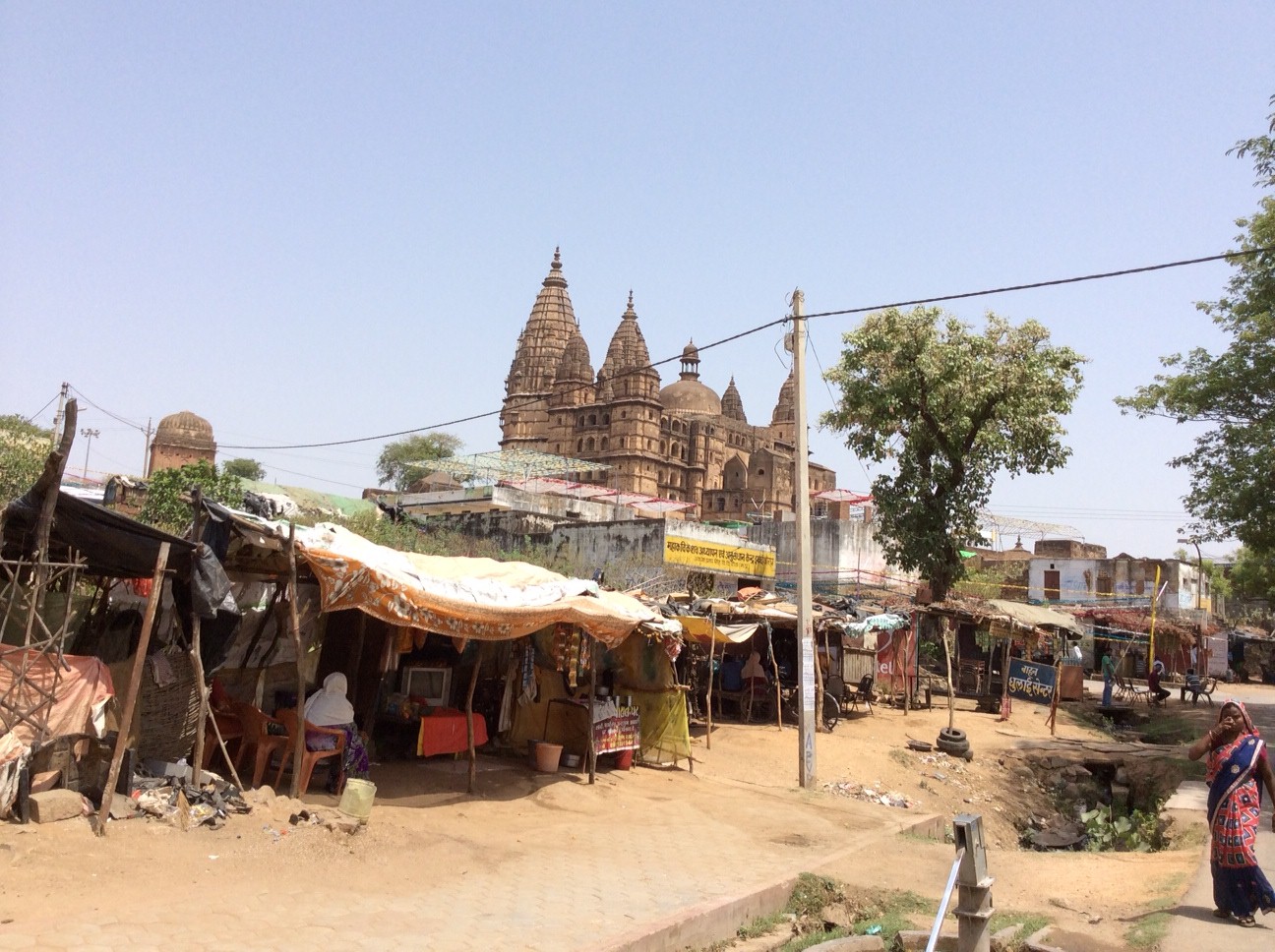 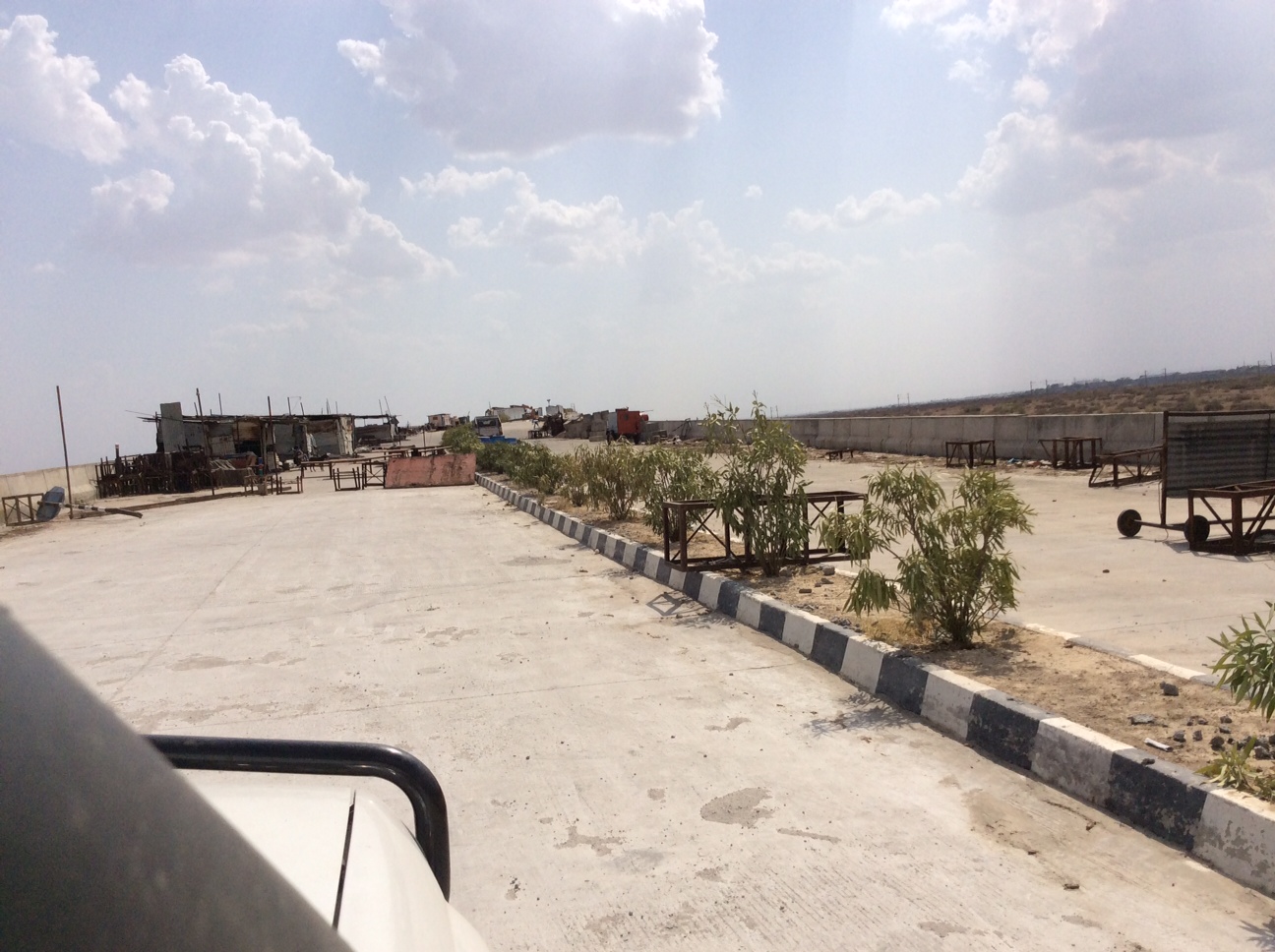 Sudden abrupt end of the highway – No signs, no diversion notice – nothing! 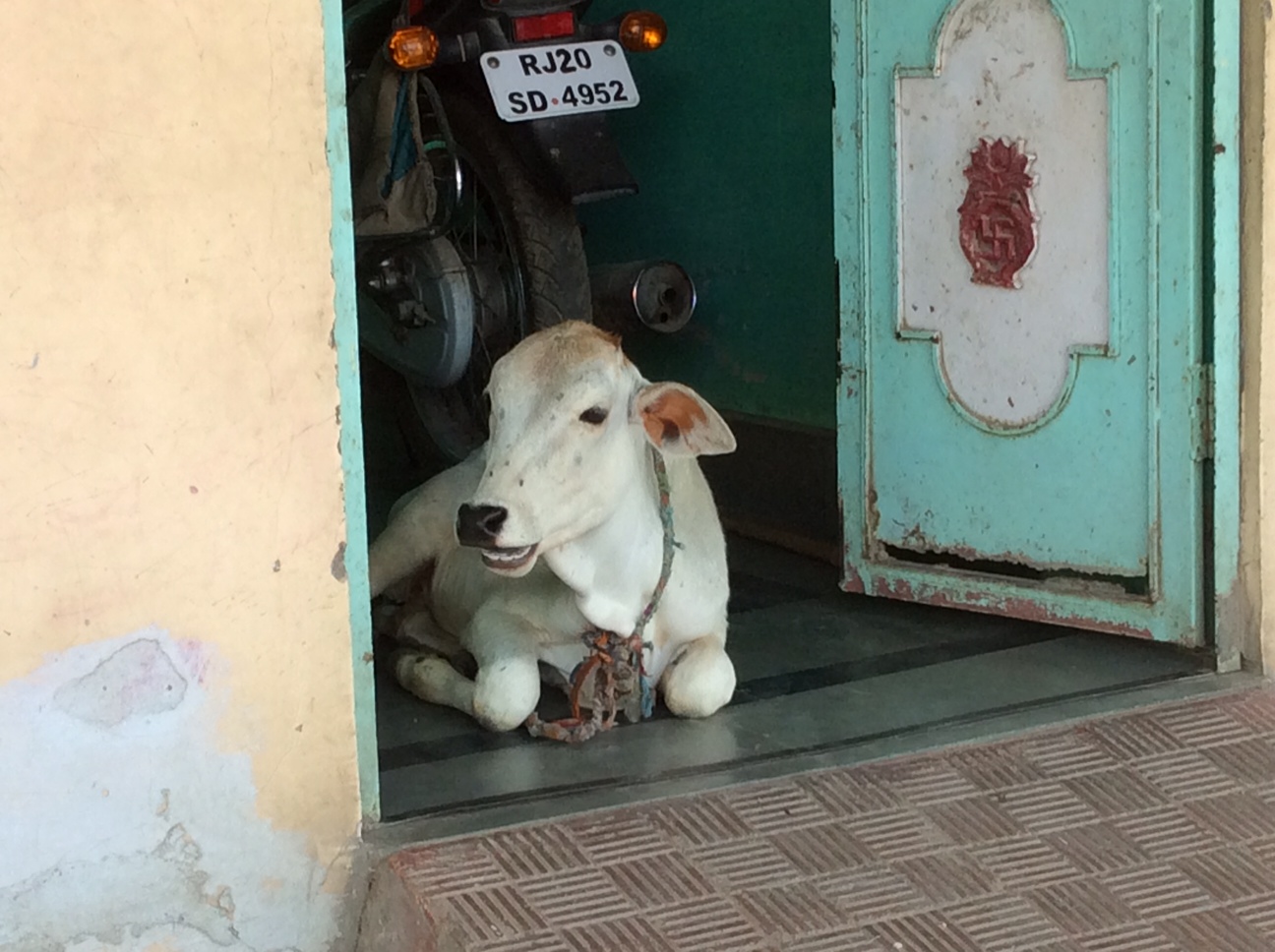 Cute – had to take this. 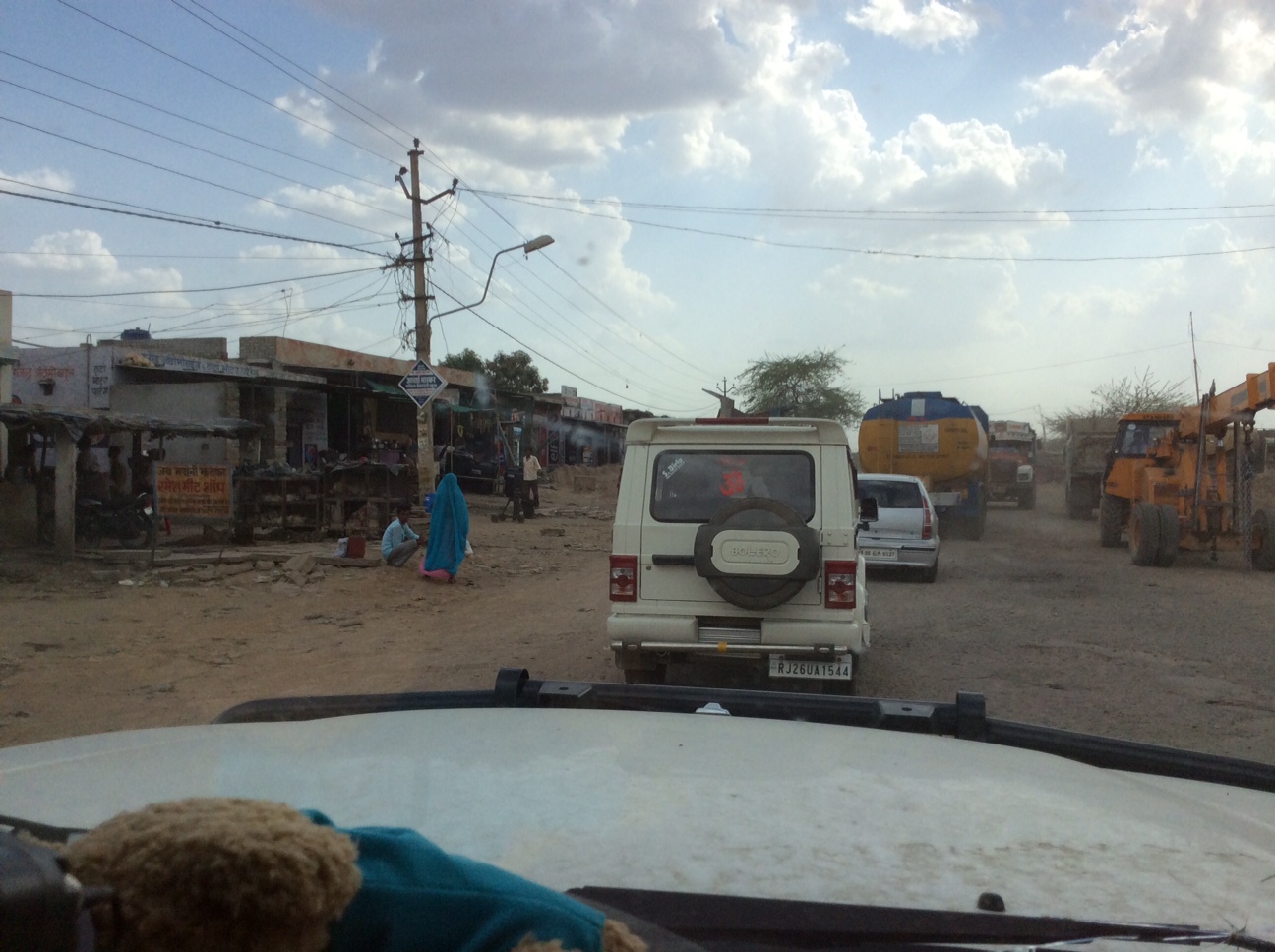 Random village we had to pass through, resembled some of the places we passed through when travelling through some of our earlier countries. 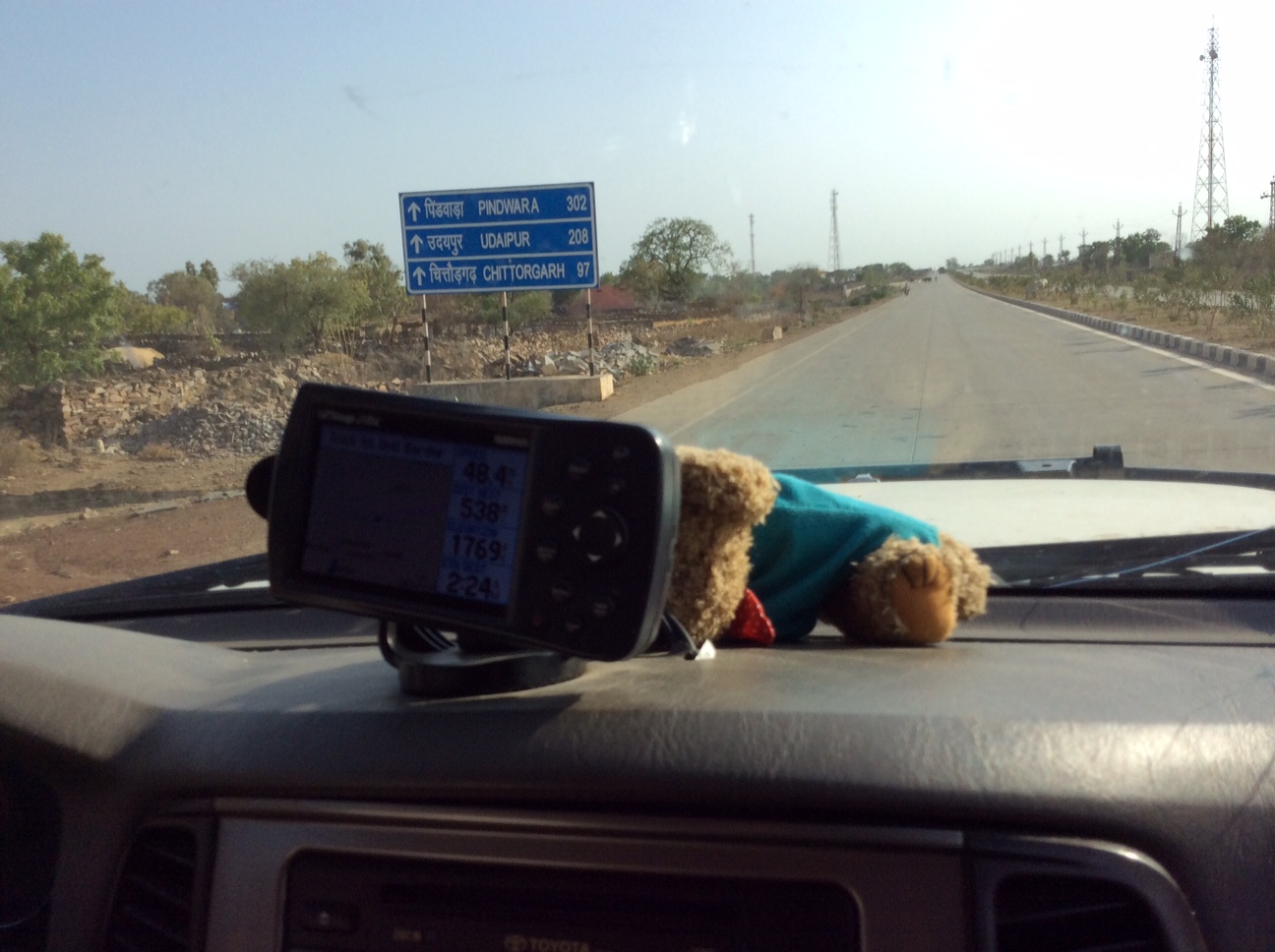 The roads we have travelled on so far in India, especially the main highways, between the cities, have really been excellent – not one pot hole!
However signposting and discipline of drivers, especially those travelling in the wrong direction on a duel carriageway is a major safety issue and one which you need to be constantly vigilant of whilst driving. It does sap your energy and in fact both driver and co- driver need to be equally aware.

Couple of videos below showing some of the dangers we faced whilst driving:

Click to Watch Goat on the Road While Driving

A very sad incident :
The road was good and I was doing a steady 65mph when suddenly completely out of the blue, a major situation developed - On this particular patch, where the duel carriageway was separated by an elevated island, there were a large number of thick overgrown bushes running along its length. Although I was completely focused on the road, with both my hand on the steering wheel, a large cow ran out of these bushes and straight onto the road. I did hoot and in desperation did put my foot firmly on the breaks. Neither was enough and the cow took the full force and impact of the bull – bar protecting the front of our Land Cruiser. It was literally flicked, with such ease, several feet in the air and landed off the road on the LHS. The Land Cruiser did not flinch an inch and I brought the vehicle to a stop.

We got out of the car and I went straight to where the animal had been thrown too, the poor thing still had its eyes wide open, was lying almost motionless. I felt pretty helpless, nothing I could do would comfort it. It was probably for my own benefit that I gently stroked it’s head several times and tried to close its eyes.

By now a few people had gathered around, they all looked like local farmers. In terms of our location we were well into rural area, so the site of the incident was remote. A couple of the farmers were very pragmatic, saying they had seen what had happened, I could not have avoided the animal and it’s best to move on. They also said these type of accidents occur regularly, the cow could not be helped and was about to die. At that particular instance the only way, and there are no guarantees with this, was for me to take a sharp left or right turn with the consequence that I might have hit either end of the stationary cow, but the car itself could have flipped – thereby endangering the lives all of us sitting in the car.

Felt a bit sick about the whole incident and I will have to deal with what occurred in my own way.

The remainder of the journey seemed obviously longer for me, but everyone was very supportive. 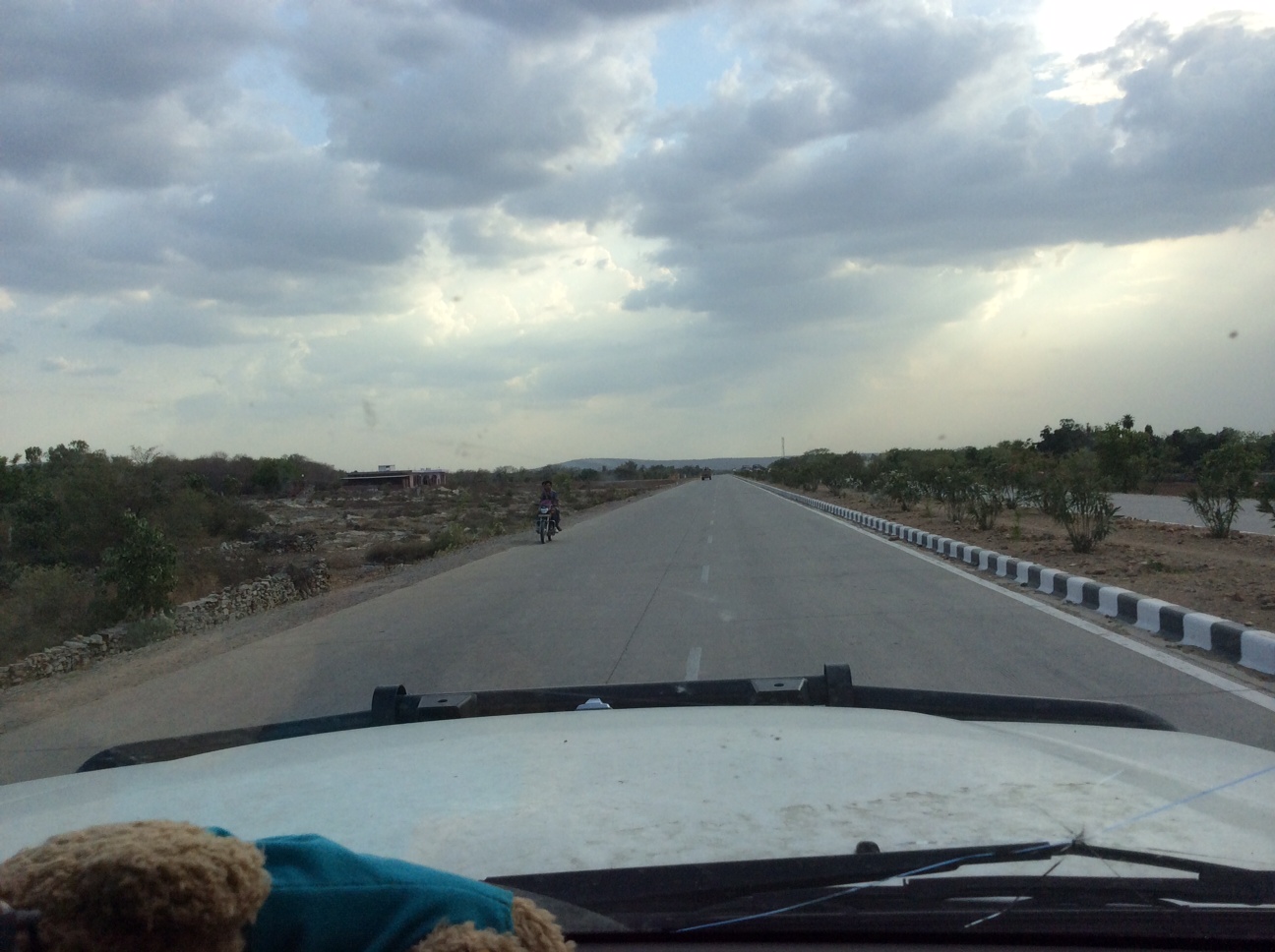 A guy on moped driving on the opposite direction of traffic on the main highway. 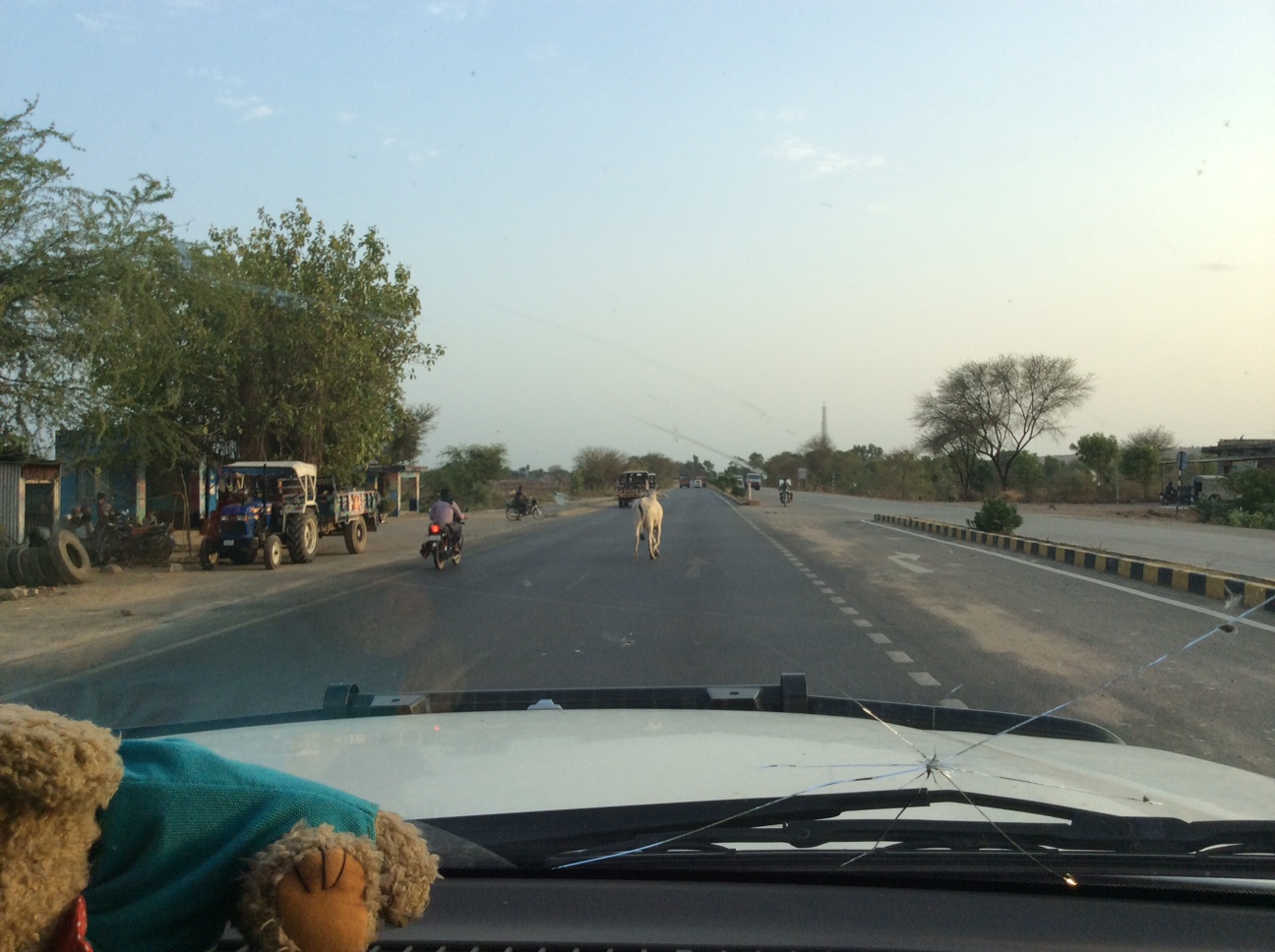 A cow sudden runs across the road. 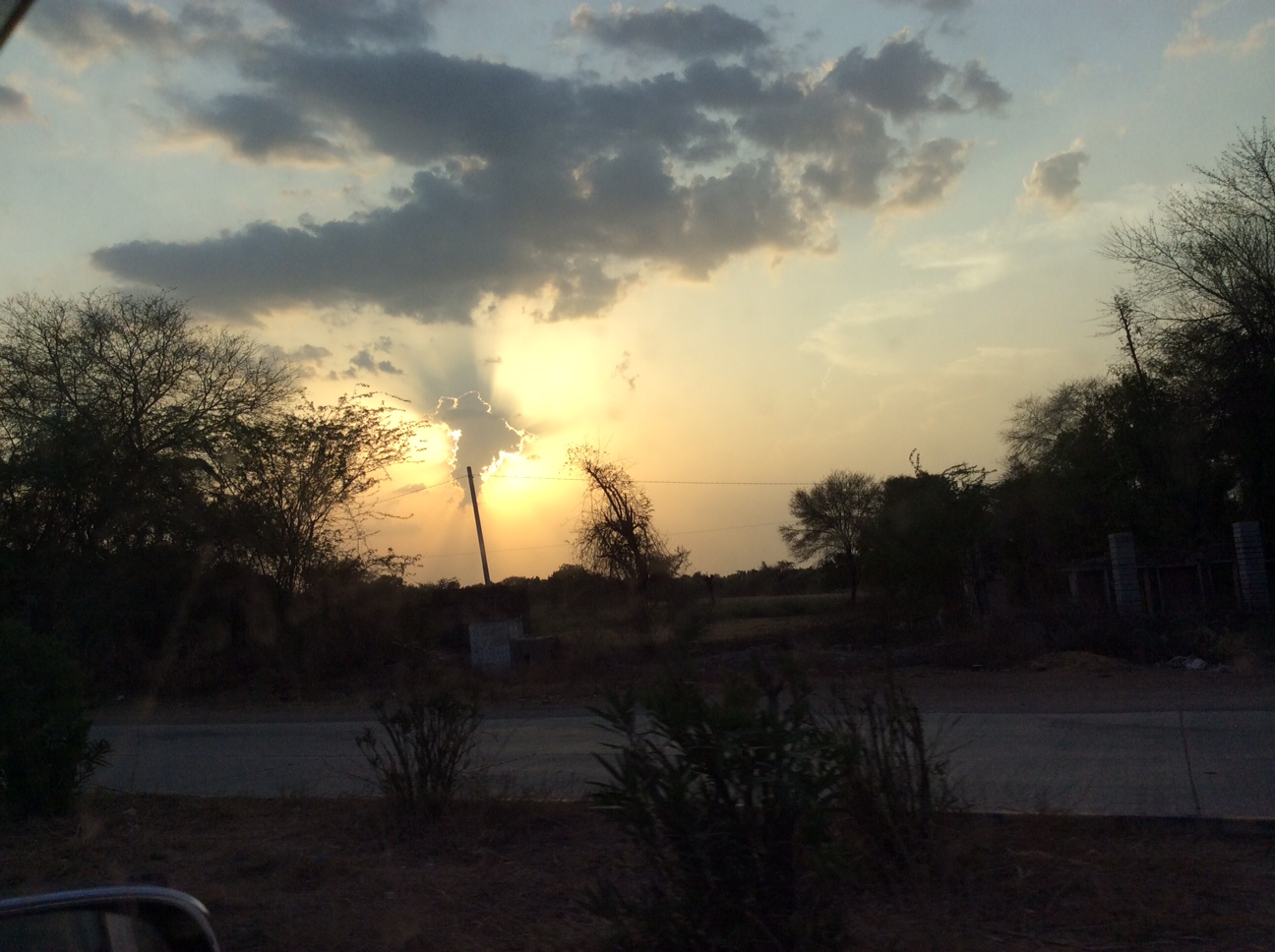 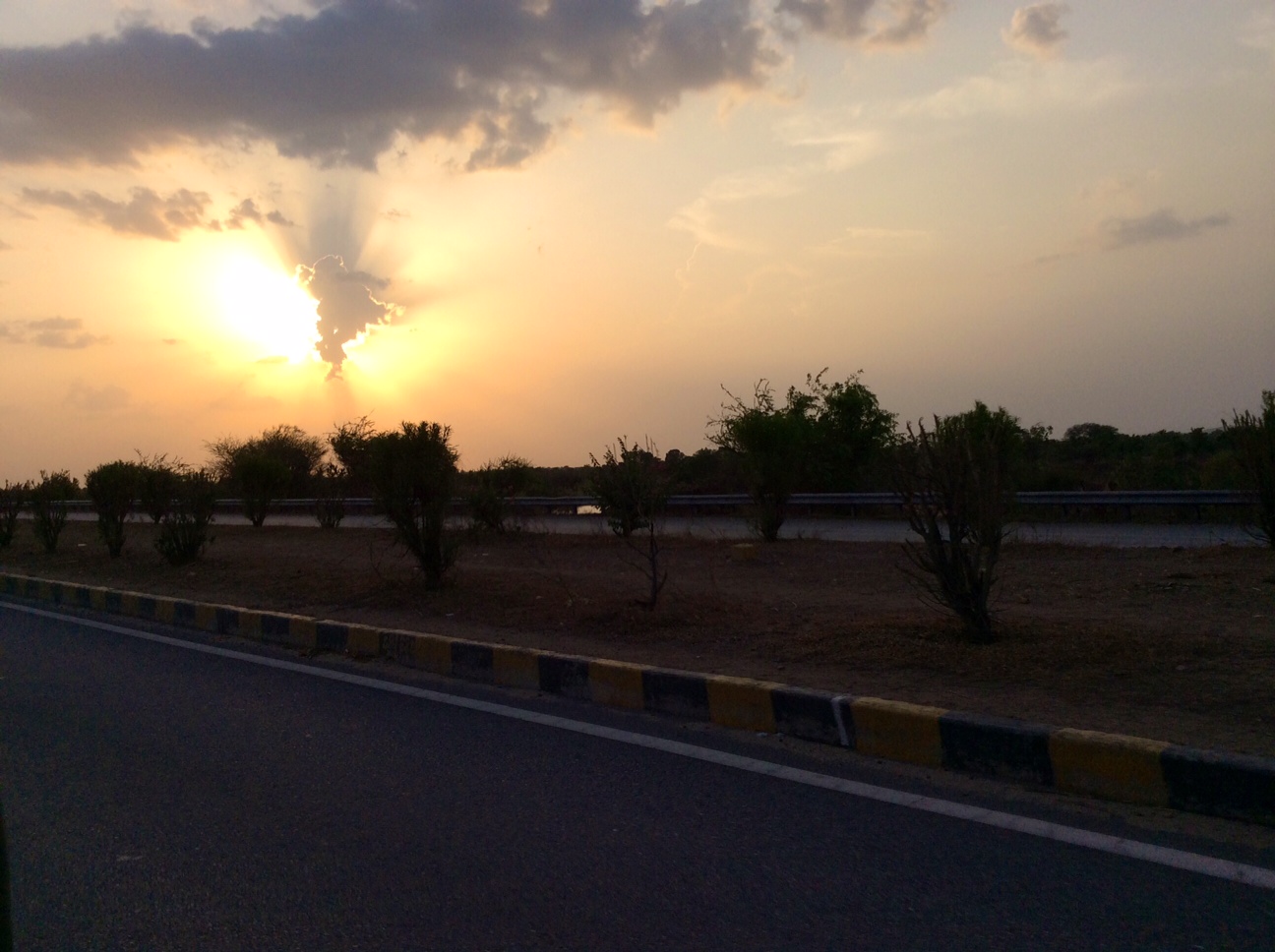 My favourite photos – India shining in the sunset
Made it to Udaipur – travelled nearly 500 miles today. It was a massive achievement. And it means the last day of our official trip, travelling to Ahmedabad will take about 4 hours and will be more relaxed and hopefully incident free. 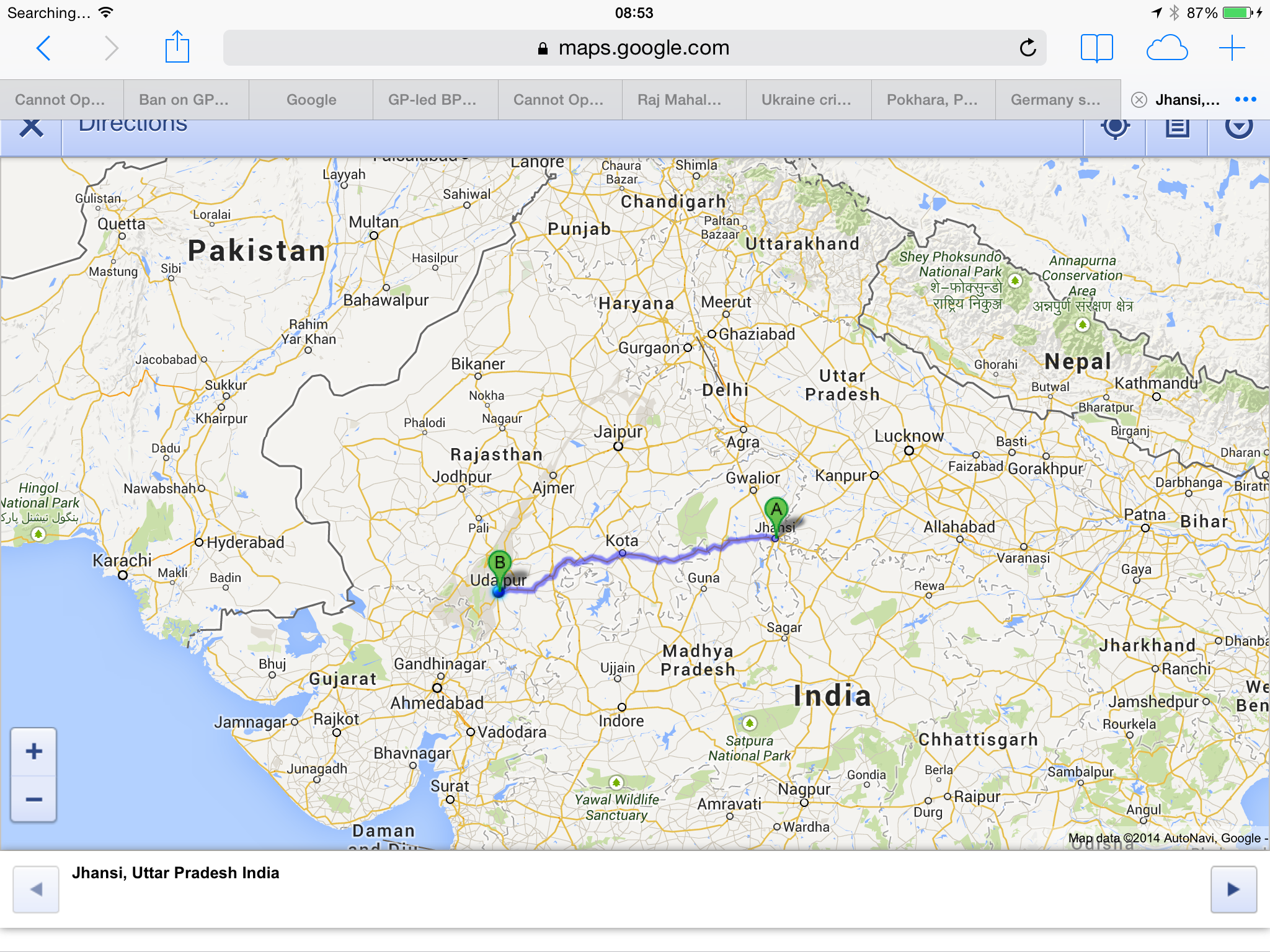