Count down to the last few days of our Epic Road Trip.

Spent the morning, driving around Lucknow and visiting a few sights. The main one being the Bara Imambara monument.

This was a pretty unique building – with sounds travelling through it’s many walls. Pretty large, impressive and imposing building, with a lot of history and of particular interest was how it was originally constructed. We took lots of photos. 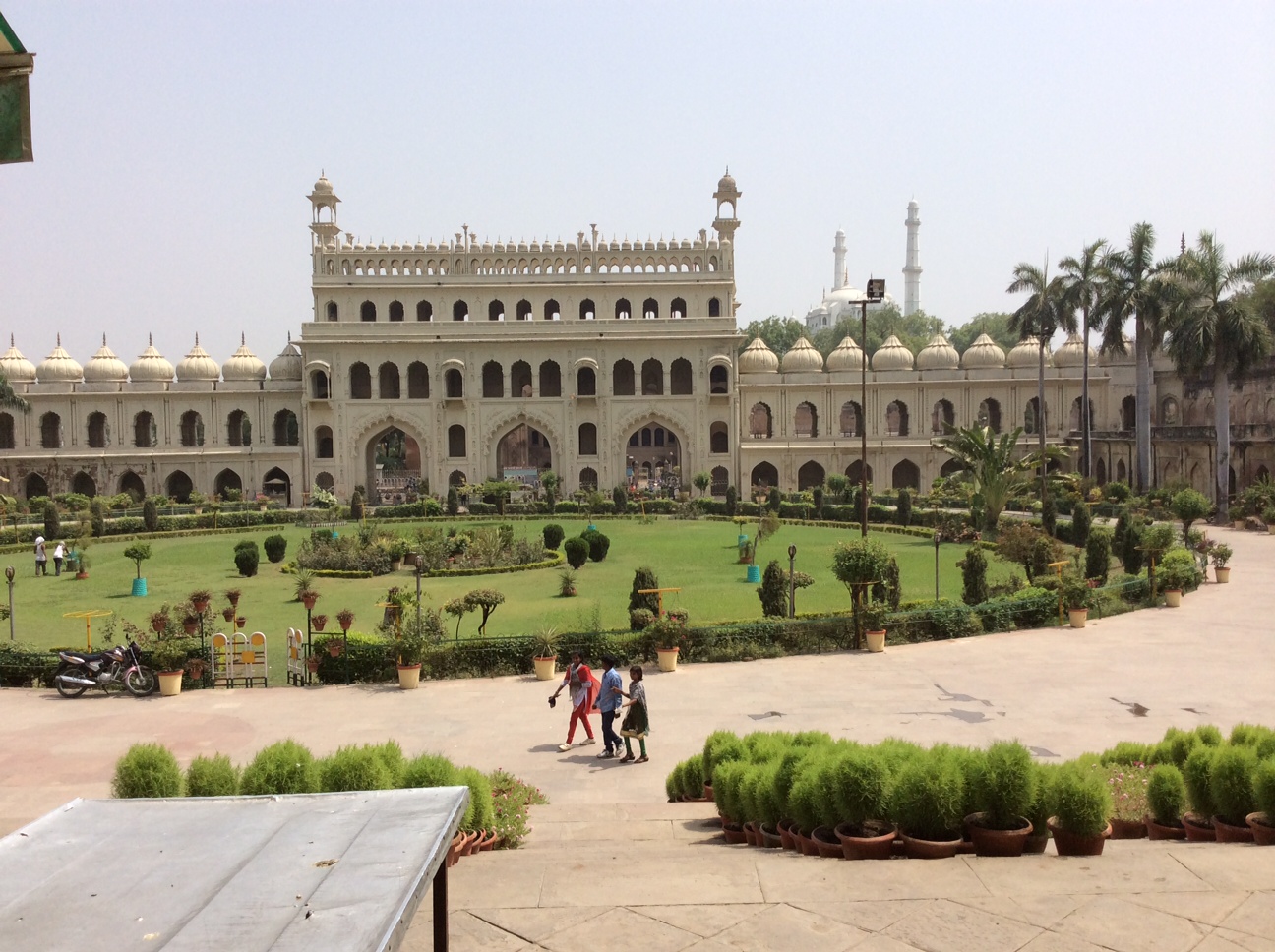 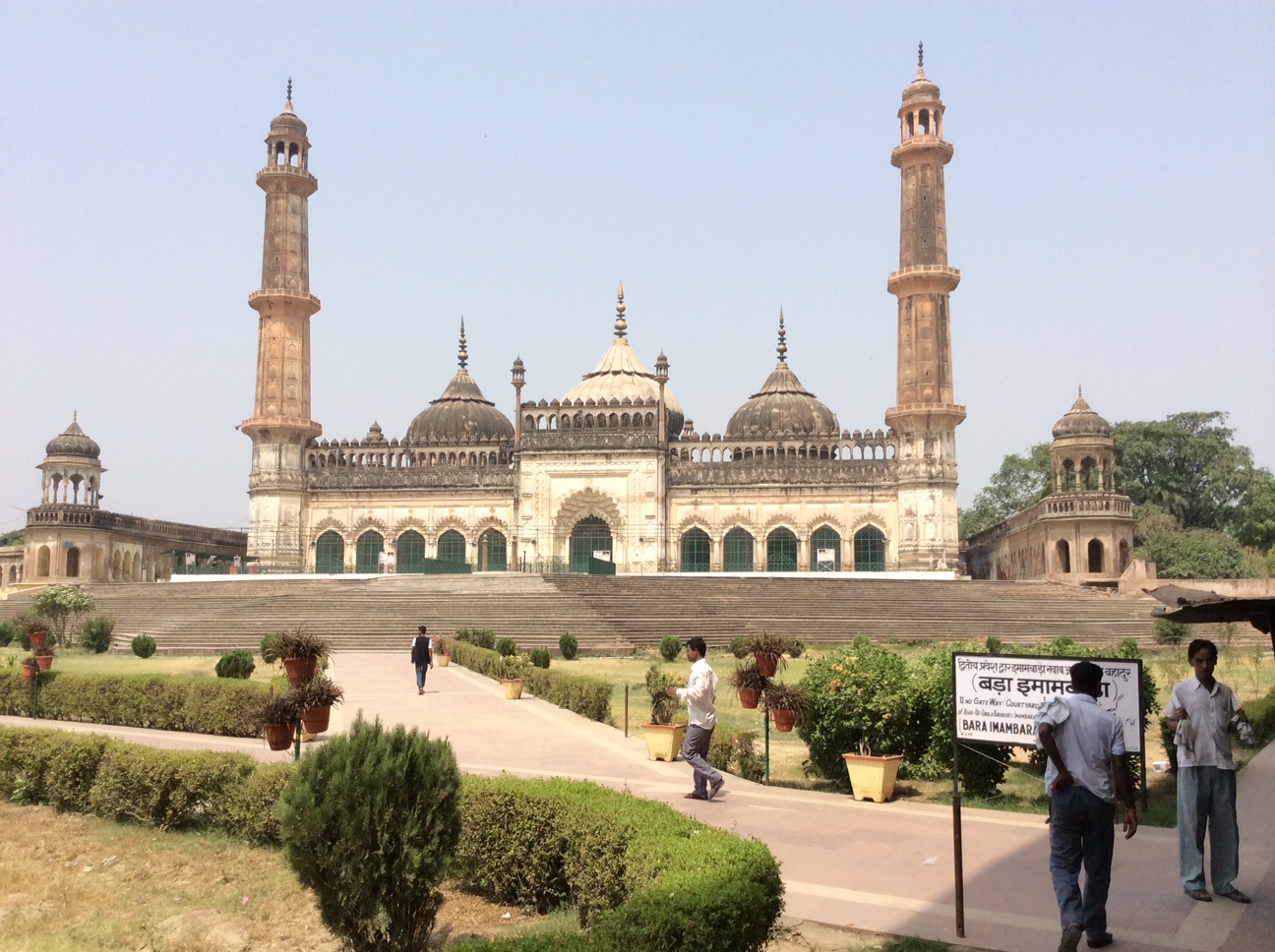 Possibly the largest arched wall building in the world. Our guide lit a match at the very far end of the hall and we could hear it at the far end, where we were standing.

The whole building is made of small size bricks and lime plaster. No wood or metal has been used in the construction which took 11 years and started in 1784.
It was built as a part of a relief project for a major famine that took place in that year.

The amazing hollow walls of the central hall not only keeps it cool during summer but also help to lighten the load of the structure.
You can view the grave of Nawab Asaf-ud-Dowlah and his crown is also kept in the central hall.

The Bara Imambara has a unique style of construction. The central hall of Bara Imambara is said to be the largest arched hall in the world. The hall measures 50 meters long and goes up to a height of 15 meters. What makes the construction unique is the fact that the blocks have been put together with interlocking system of bricks and there has been absolutely no use of girders and beams. The roof stands steady till date without any pillars to support it. 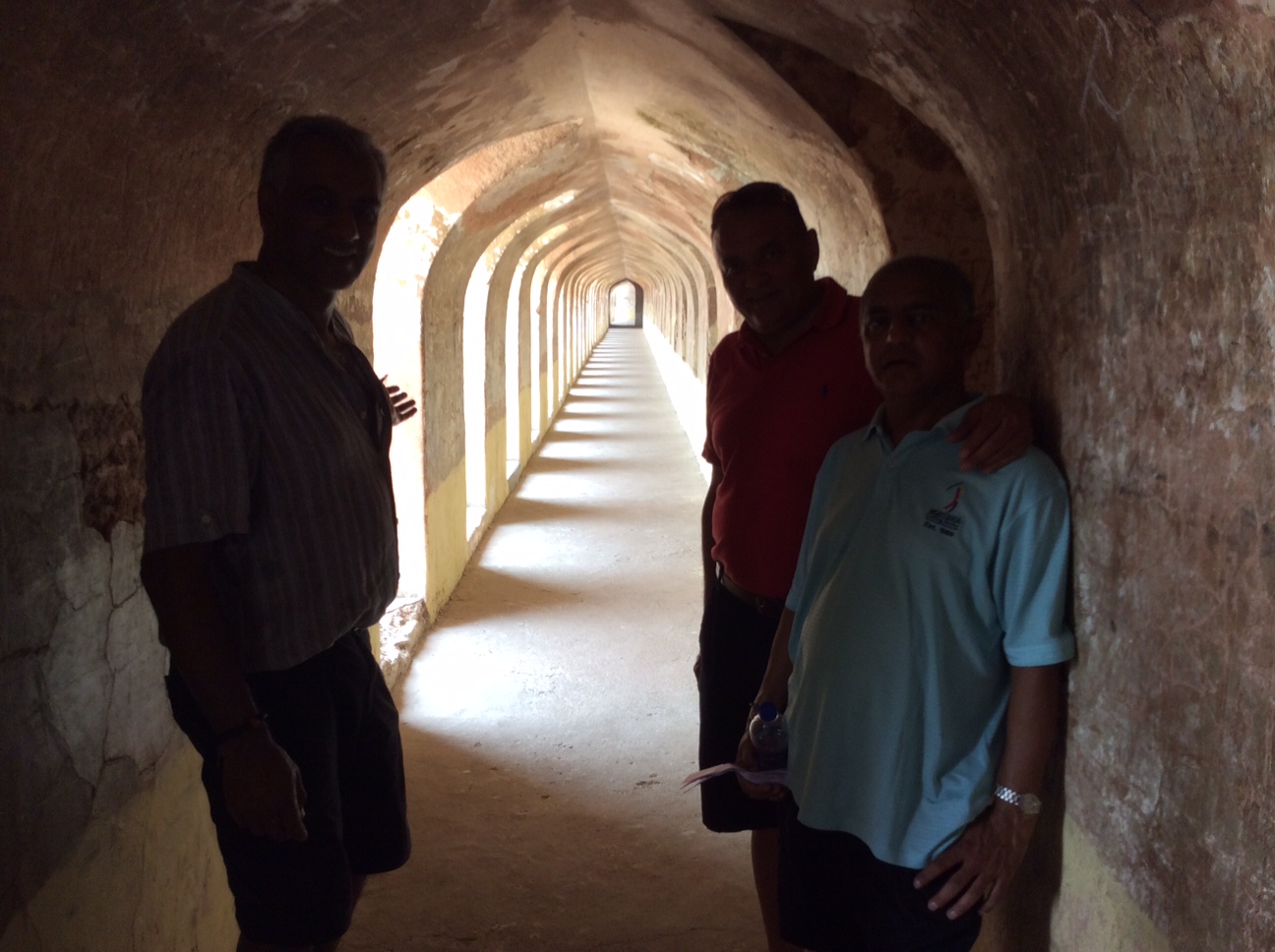 The Bara Imambara is also known for its incredible maze called Bhulbhulaiya. This is located not on the ground but on the upper floor of the monument. A stairway leades to this level. The best way of finding our way out was hiring our guide. 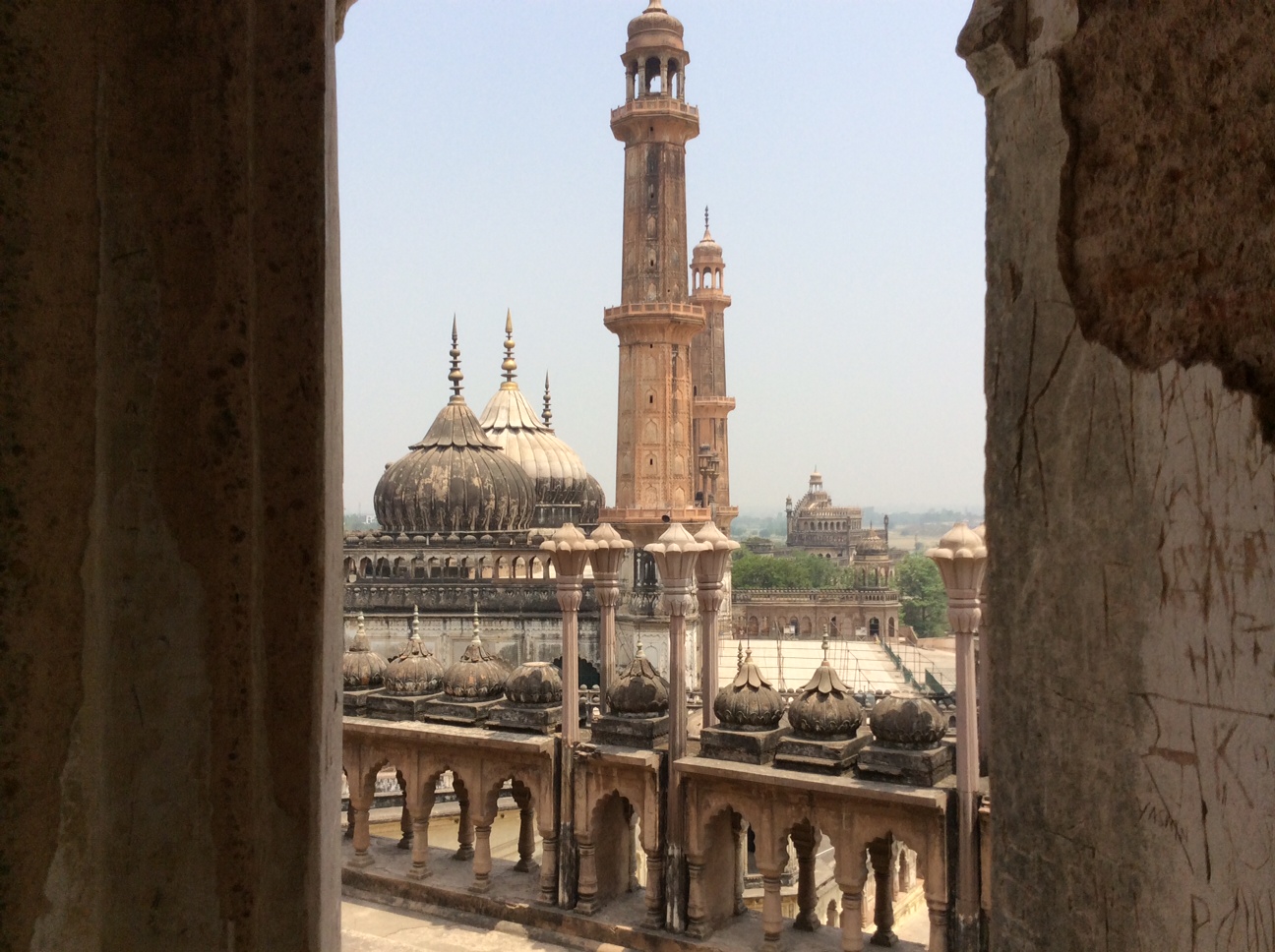 They got the height of the ceiling right all those years ago, well over 6 feet – endless whispering corridors. 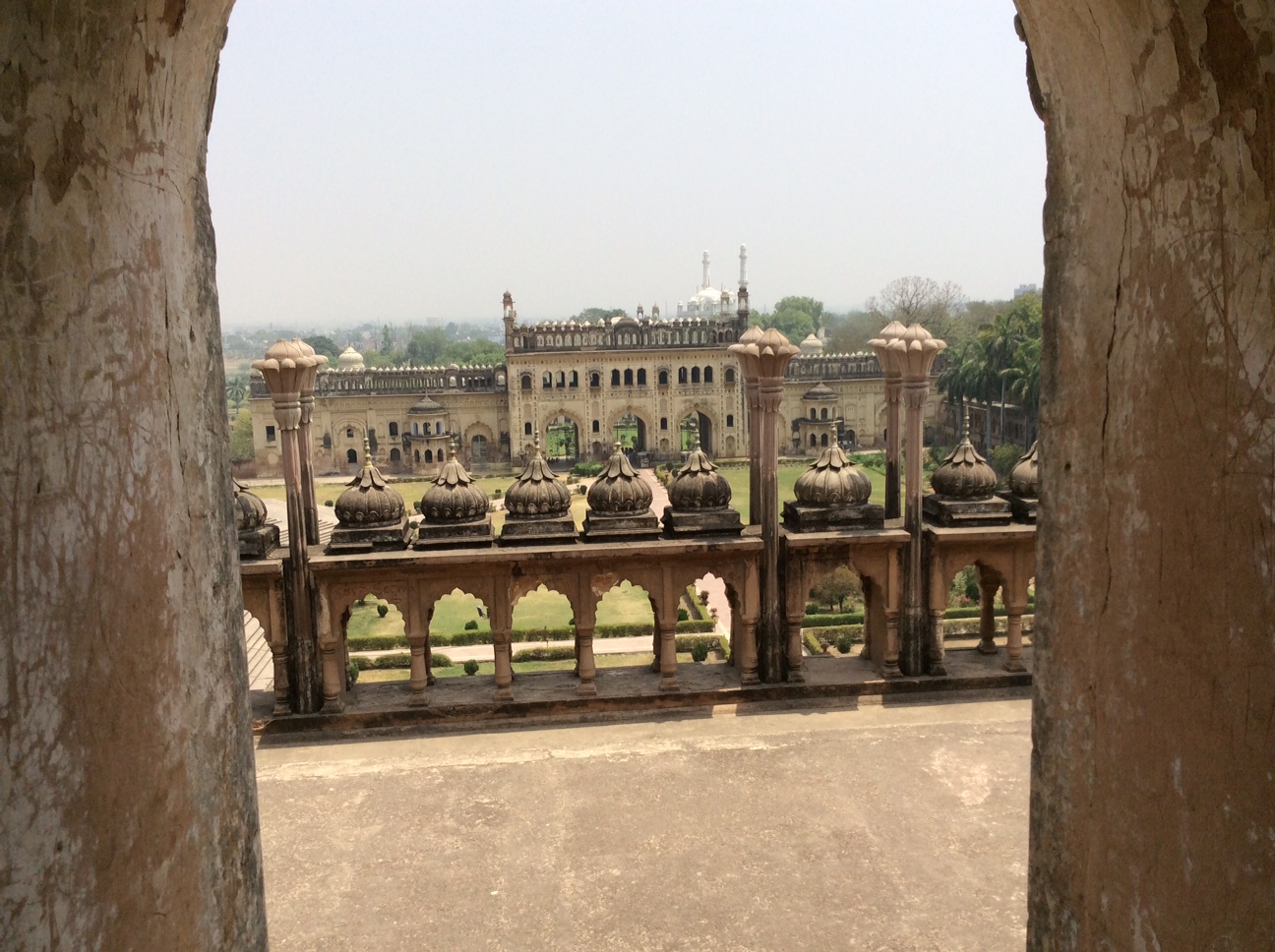 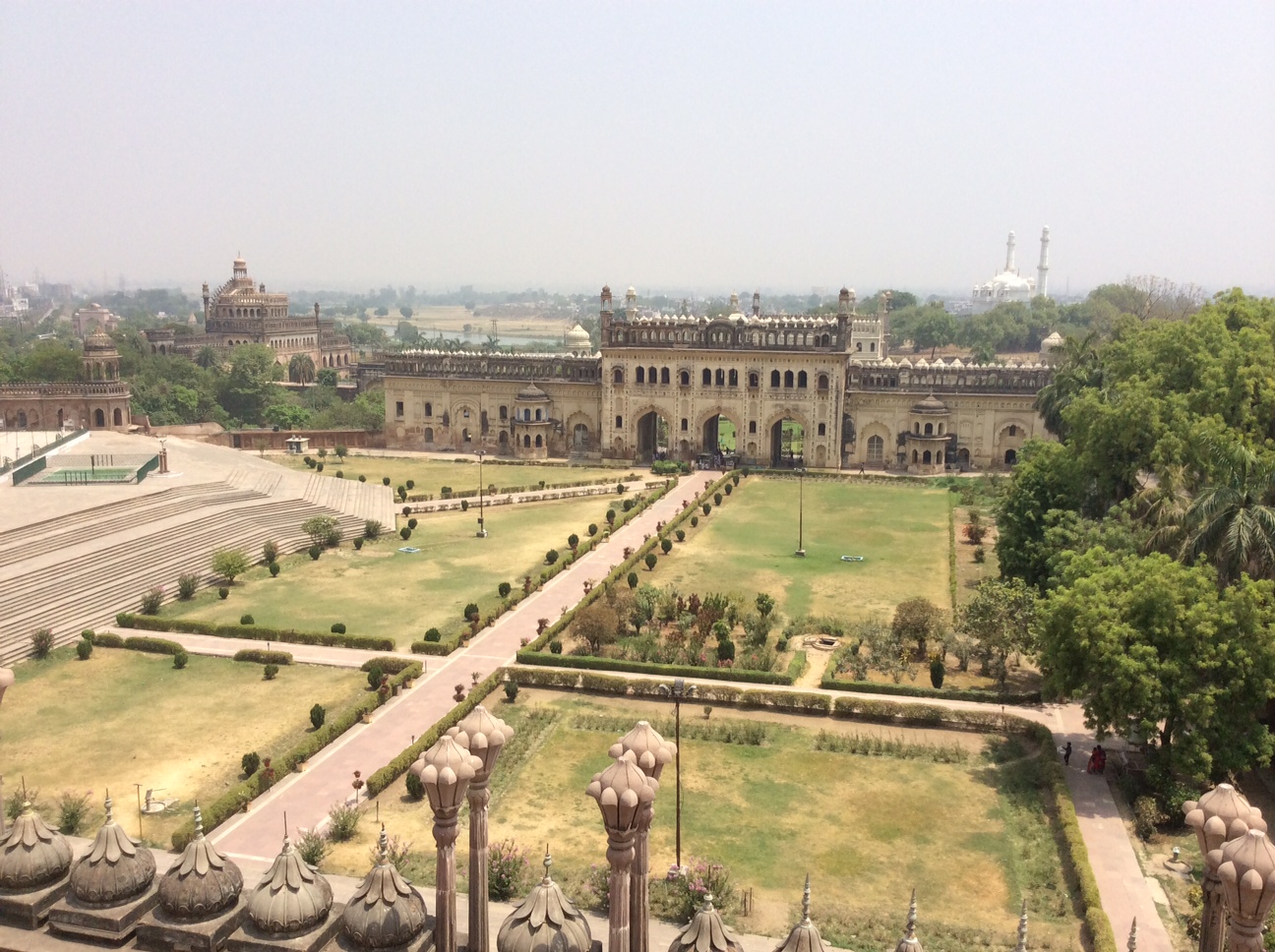 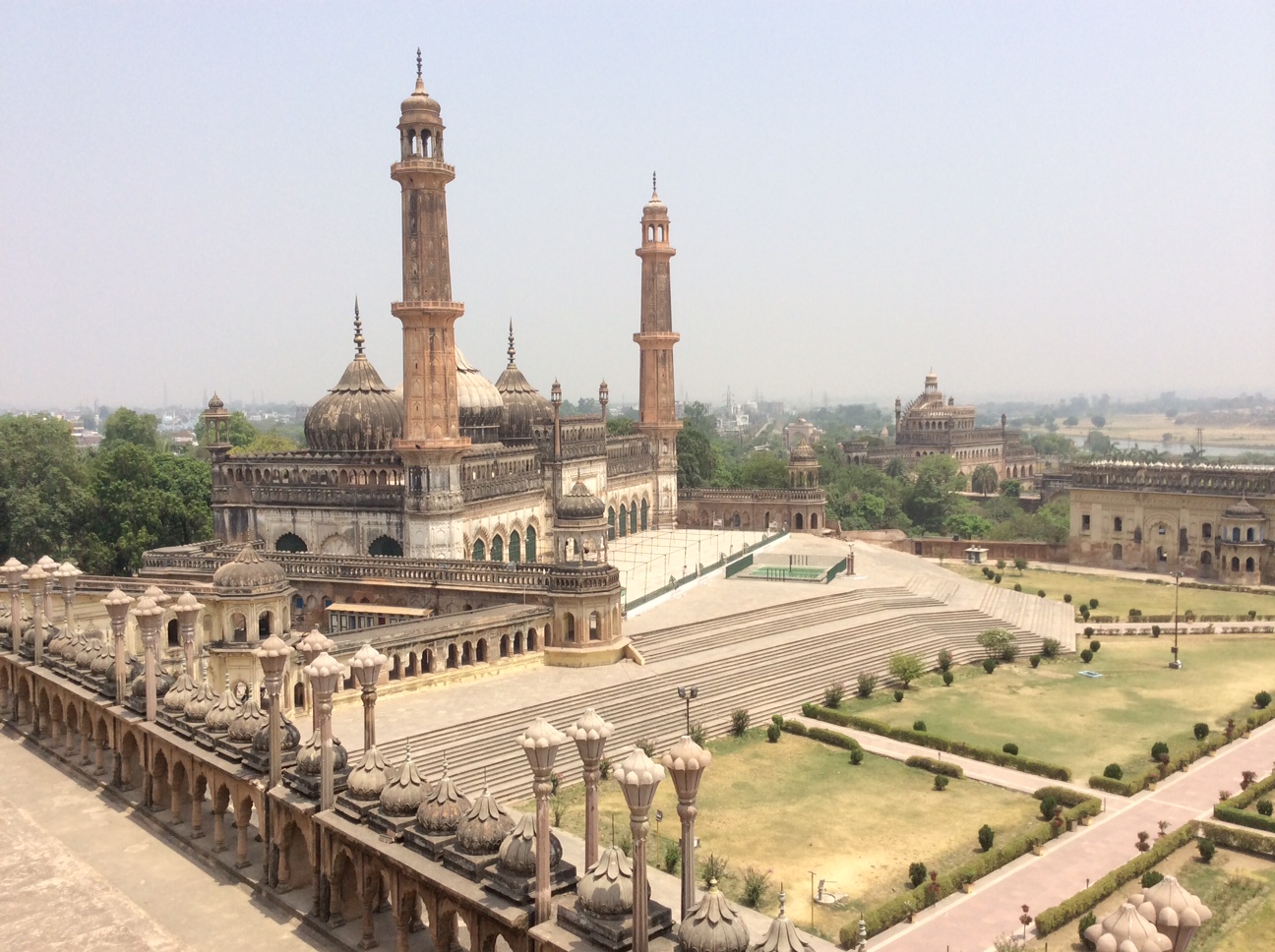 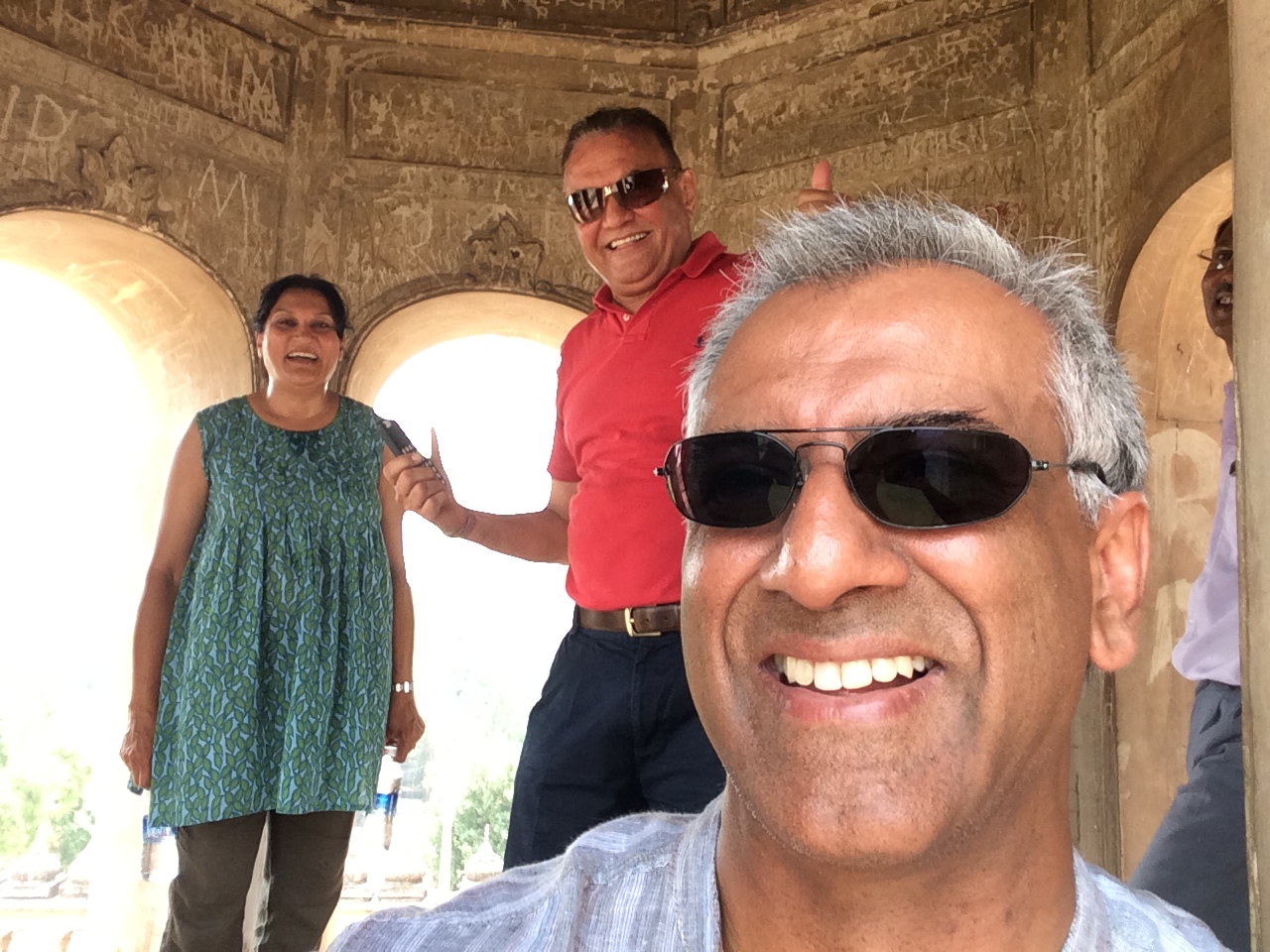 Possibly the first selfy taken at the Bara Imambara monument.

We were viewing this and other places in temperatures over 45 degrees C. I haven’t ever experienced such high temperatures, it felt extremely close and suffocating, the heat was intense and when walking, you got from A to B in a straight line and as quickly as possible. I was actually dripping sweat. The monsoons are late and are being effected by some Al Nino jet streams – let’s hope the rains come soon. Easy for us to travel in an air conditioned car, difficult to imagine the challenges ordinary people face, going about their every day lives and coping with such high temperatures, but they do – absolutely amazing, the resilience they show.

Some photos – on leaving Lucknow.

From what we saw its a lovely city and would have liked to have spent some more time here. 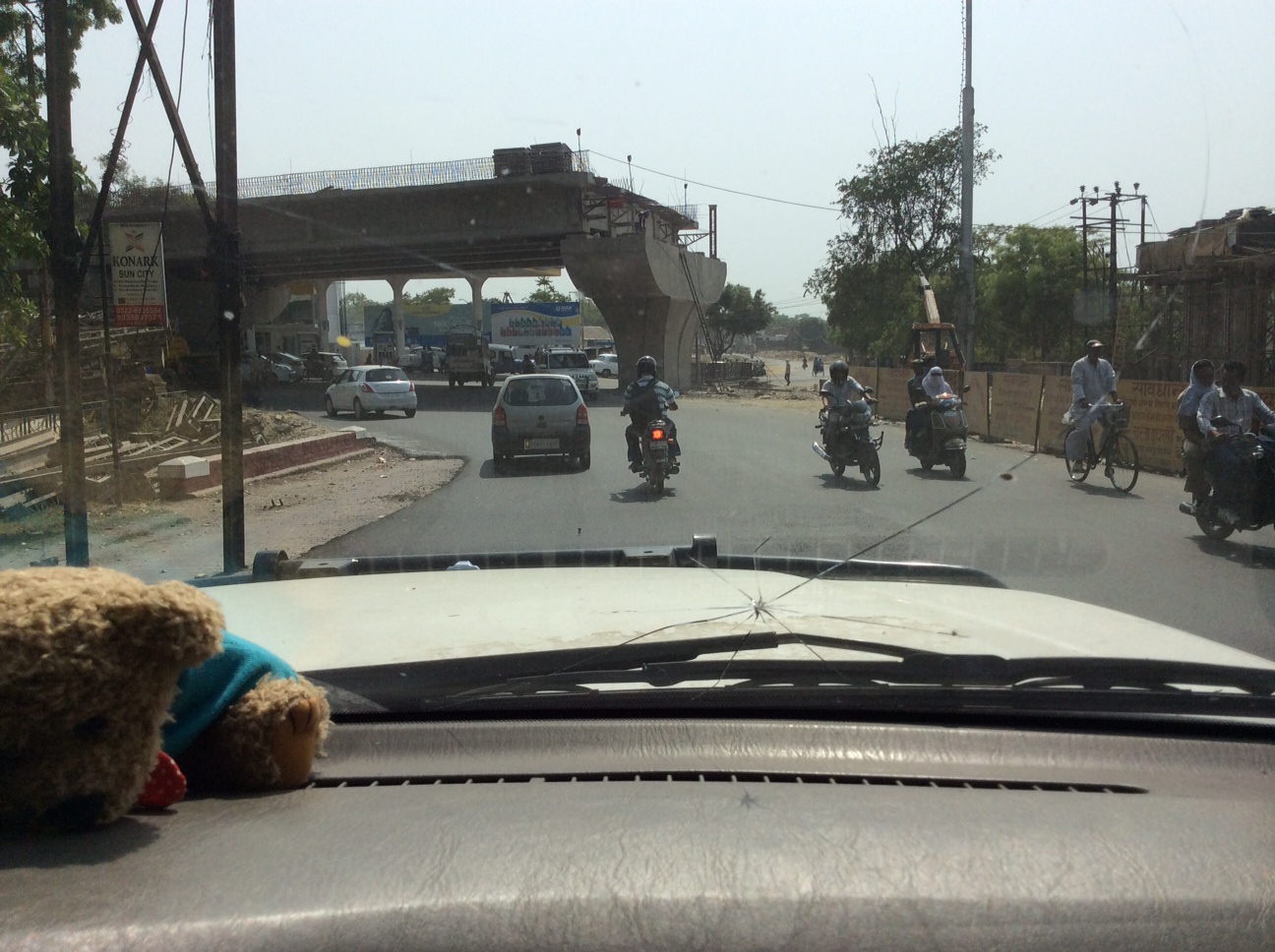 End of the road for this particular flyover. 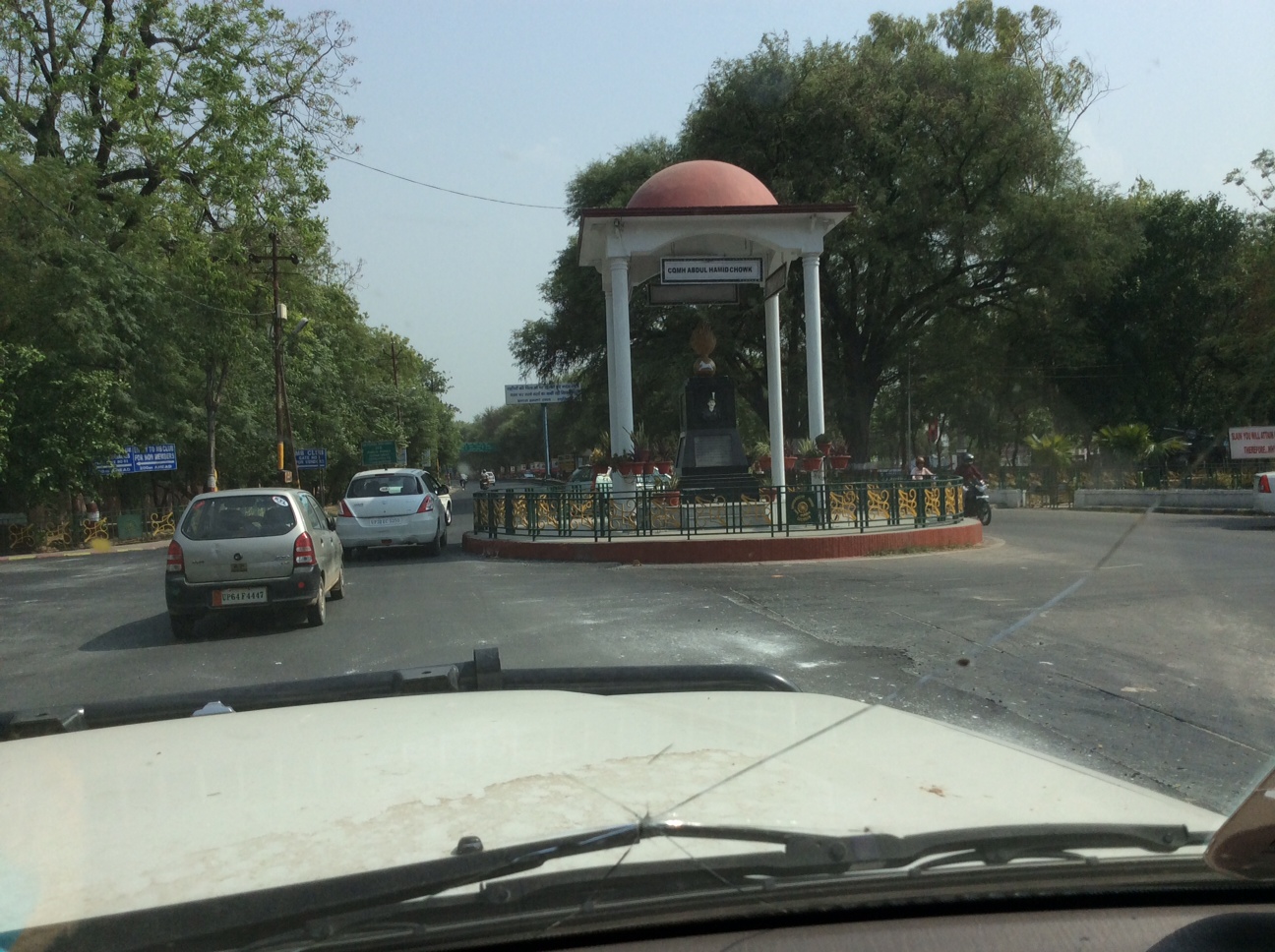 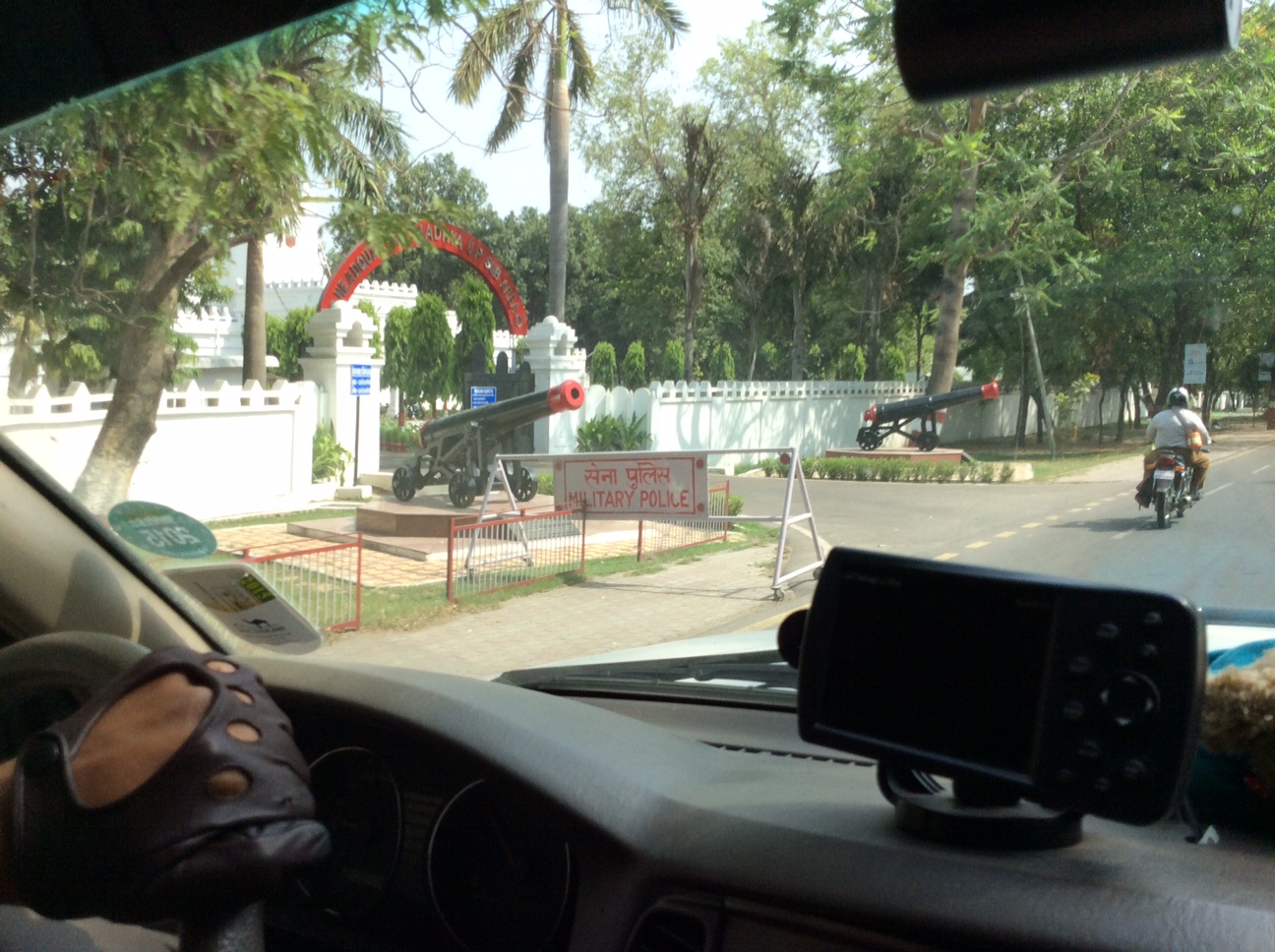 You can see that the crack on our windscreen has been progressing very well.
Good thing we don’t have that much more travelling to do! Can you believe this – the car recording the outside temperature as 50 degrees C!!!!!

We had already decided, now that our main objective of driving from London to India had been achieved – the key was now to drive to Ahmedabad (our final destination) as quickly as possible. We still had well over 1,000 miles to go, but were determined to reach there the latest by Thursday 12th June afternoon.

We started today ‘s journey in the afternoon, thankfully even after contending with the extreme heat and normal chaotic traffic conditions. You wouldn’t believe the incredible loads, some of these lorries were carrying.
Health and safety is still a long way away in India. 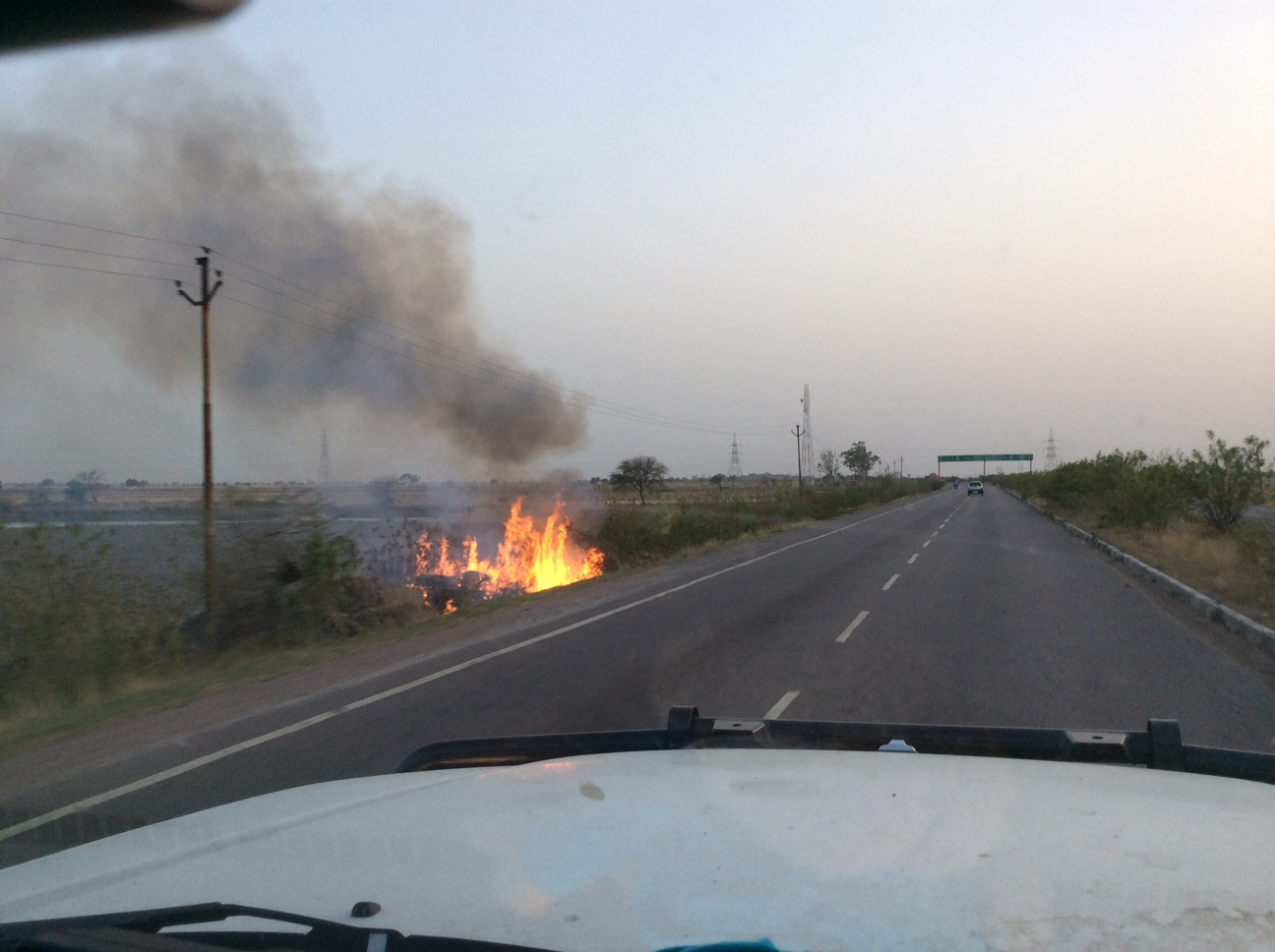 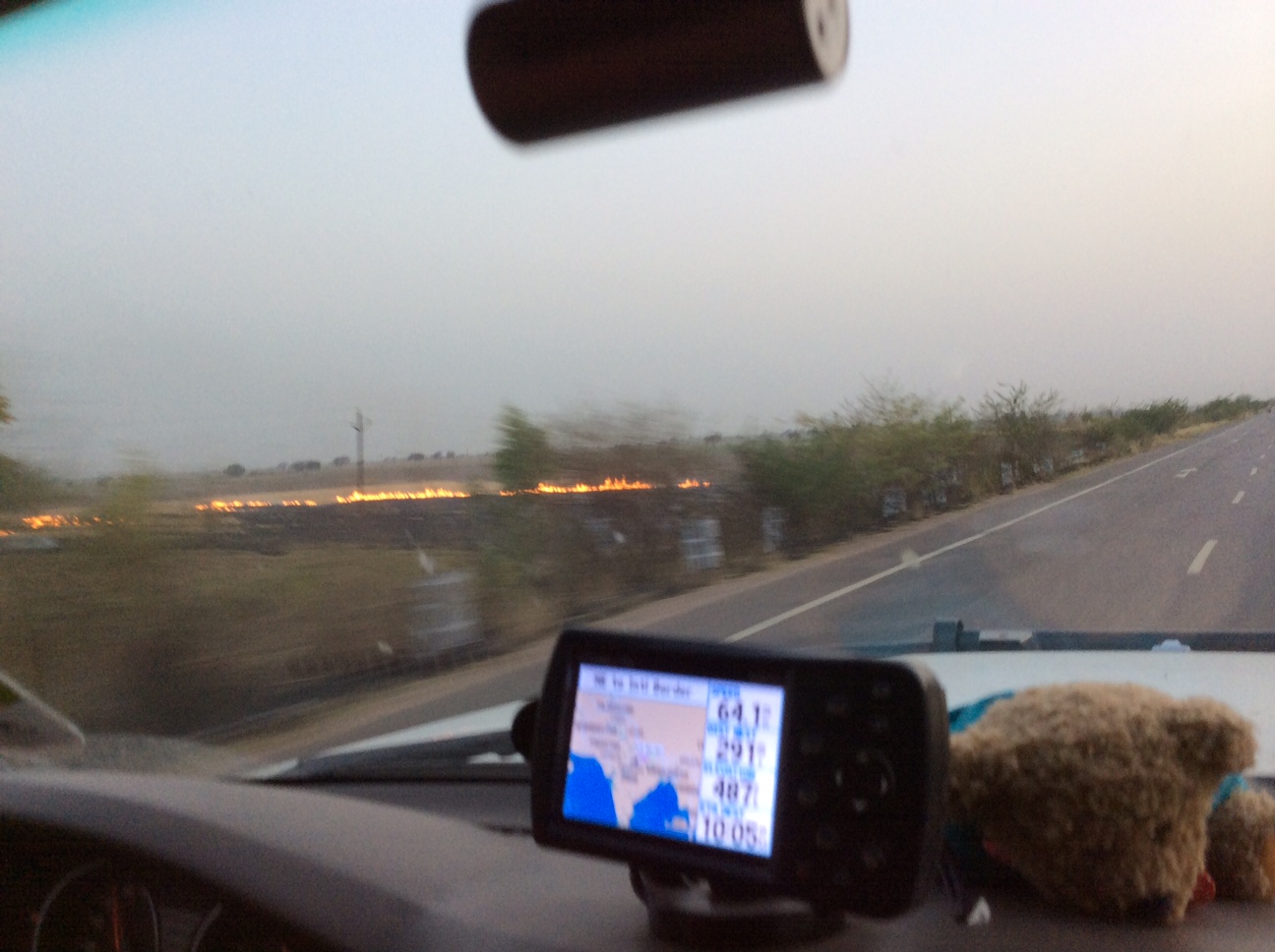 Random fires on our way to Jhansi.

We arrived at Orchha Resort at 10 pm (near to a town called Jhansi), a four hour journey that took over six and a half hours.

Our map of today’s journey: 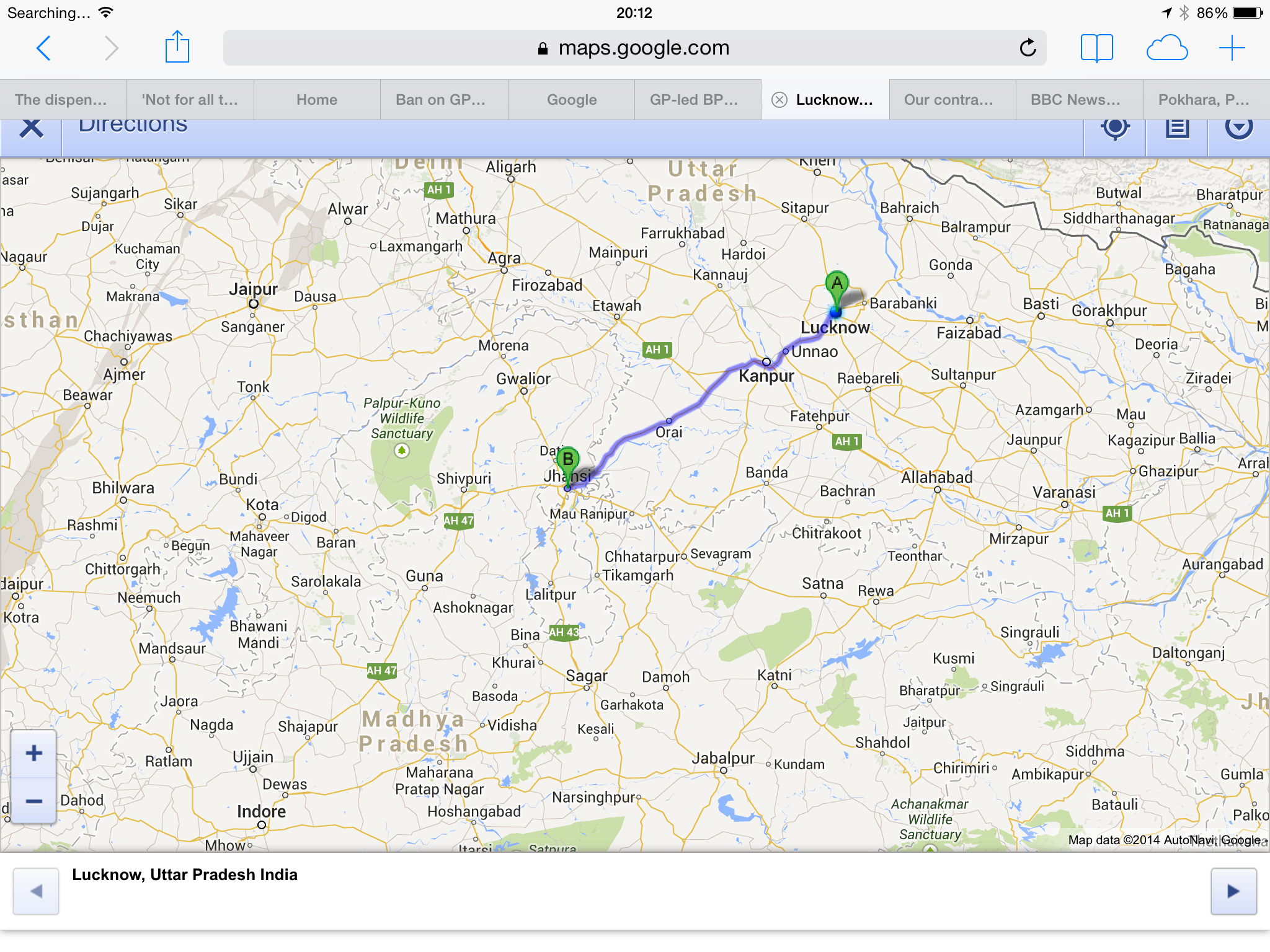